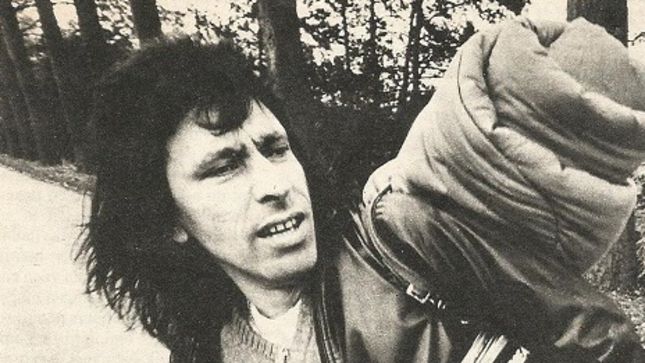 Former The Rods, Picture and Guardians Of The Flame singer Sammy Shmoulik Avigal sadly lost his battle with cancer yesterday (July 30th) at the age of 65. Sammy’s wife writes on Facebook :

“I wanted to let you all know that at 4:58 he lost his battle and passed away. Please celebrate the man, the legend. Goodbye my love — we all love you.”

According to Encyclopedia Metalium, Sammy "Shmoulik" made his name with Dutch bands Picture, Horizon and Hammerhead. He later moved to the United States and recorded the album Heavier Than Thou with The Rods. In 2003, Sammy moved to Florida to record the album Under a Savage Sky under the banner of Jack Starr's Guardians of the Flame. After recording that album, he started his own band called Avigal.

Picture has issued the following statement:

“Needless to say we are heartbroken by this terrible news. Sammy was a great friend, a great performer and vocalist. We are very proud that he was the singer in our band in 1982 with whom we recorded one of the best Dutch metal albums ever: Diamond Dreamer. We will miss you and would have really wanted to do some tours with you to celebrate this album but it wasn’t to be. Our thoughts and prayers go to your wife and next of kin. Godspeed Sammy Shmoulik Avigal!”

“Sad news today about losing our friend and former bandmate Shmoulik Avigal.    David Rock Feinstein and I met Shmoulik when Jack Starr brought him to my house in Cortland. Smoulik and I proceeded to start working with Craig Gruber, Andrew Duck Mac Donald and Tom Inamorato.   David loved Shmouliks voice as much as I did so we decided that he would be the lead singer for The Rods on the Heavier Than Thou album. He was an amazing talent and brilliant man who will be missed by those of us who knew him. The link below is for a song I wrote, that he really loved, called ‘Heat of the Night’. He did the song with another band he was in called Harpo, with John Hahn.    I saw them live and they played this song. It was a huge honor to hear him sing one of my songs live. RIP Shmoulik! Condolences to his family.”

“It with sadness that I learned today that Shmoulik Avigal former singer of the Rods and Picture and our former band Guardians Of The Flame passed away. Shmoulik was a great singer who really was one of the best in the world of metal. Ned Meloni and I will always be proud of the great album we did with Shmoulik and have nothing but love and respect for this talented person who was taken away from us Sammy Shmoulik Avigal just passed away. One of the greatest vocalists in history, recorded one of the top 10 records ever made. Shone on Picture, The Rods, Horizon, Guardians of the Flames.... legend of legend. R.I.P.”