Rolling Stone's interview series Unknown Legends features long-form conversations between senior writer Andy Greene and veteran musicians who have toured and recorded alongside icons for years, if not decades. All are renowned in the business, but some are less well known to the general public. These artists tell their complete stories, giving an up-close look at life on music’s A list.

Rolling Stone: Were there any key rock albums you heard when you were young that really scrambled your brain?

Rosenthal: "Absolutely. The first time I heard Yes’ Close to the Edge I almost flipped over backwards. It just blew my mind. I listened to that record a million times. I listened to Uriah Heep a lot. Ken Hensley was a huge influence. And, of course, Rick Wakeman in Yes. Keith Emerson in those days … lots of prog bands. I really loved that stuff. I was always listening to it. But I started listening pretty early on to Chick Corea and more progressive music like that."

Rolling Stone: Before you joined Rainbow, what were some of your earlier groups?

Rosenthal: "I had a lot of high-school bands and stuff like that. But when I got to Berklee, I was in a band with Steve Vai called Morning Thunder. He and I met in the first few days at school. We did a lot of playing together and we still keep in touch to this day. I’ve played on a couple of his albums. He used to write stuff that was impossible to play, but we’d try to find a way to play it anyway. I’d write stuff. He’d write stuff. And we’d cover some Zappa tunes and we covered 'Happy TZhe Man'. We covered some of the most difficult music you could possibly imagine. It was just a lot of fun. It was challenging. We pushed each other and grew a lot through the whole thing. And then he eventually left to join Frank Zappa’s band."

Rolling Stone: Do you recall much about making "Stone Cold" (from 1982 album Straight Between The Eyes)?

Rosenthal: "I do. I recall that whole record. It was such a great experience for me. Here I am, 20 years old, and I’m up in the studio. We recorded at Le Studio in Morin-Heights (Quebec). It was really exciting. I had never made an album before. I knew what a lot of the equipment in the studio did since I studied it, but I never really had a chance to be there throughout the whole process. Ritchie (Blackmore / guitar) saw that I was fascinated by it and that I loved to learn. He let me sit in the control room most of the time, which he never did with anyone else, and let me watch. I kept my mouth shut while they did a lot of things that didn’t involve me, but I made friends with the engineer, Nick Blagona, and he gave me all the manuals to all the gear in the studio. Every night, I’d go back and read and learn from them. Then I’d go back to the house where we were staying and stay up late reading manuals. The next day, I’d watch more. Aside from just my keyboard duties, it was an incredible learning experience."

Back in July 2020, Steve Vai shared the following post via social media:

"While I was attending Berklee College of Music in 1978-79, I was in various bands with some outrageously talented young musicians. The first band I formed with my friend Dave Rosenthal was called Morning Thunder. Great name for a group, eh?

We used to write intense and complex fusion type music with a twist. The band was very bonded and we played with some unbridled youthful chops and insanity. The band was:

Unfortunately, there are not any good recordings that the band did, but we sure did have a great time playing out in the Boston and sometimes New York areas.

The song on the set list 'Printed Spirit' turned into 'Lights Are On' off of Modern Primitive." 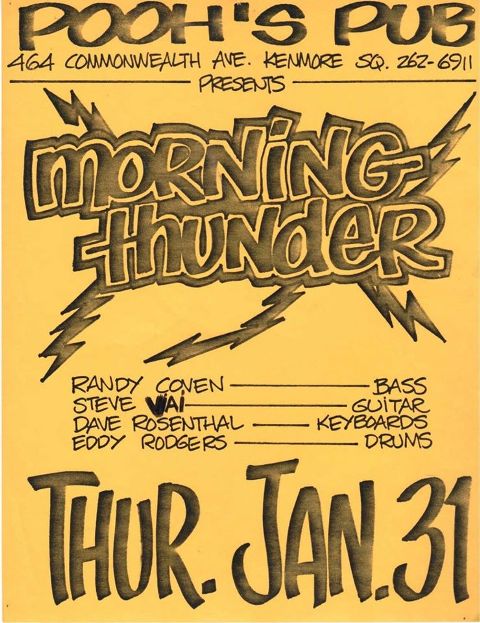 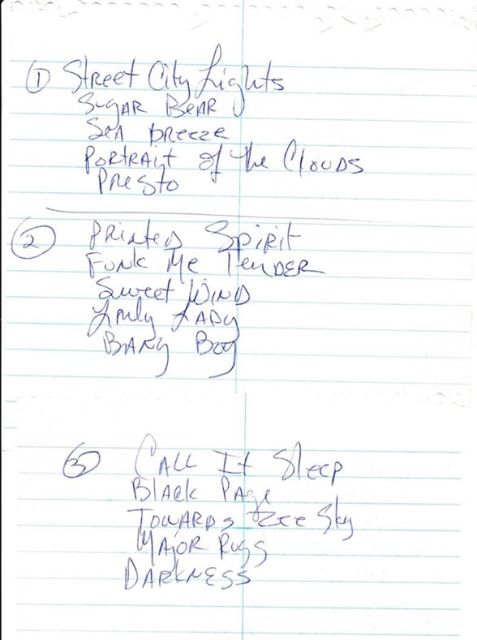 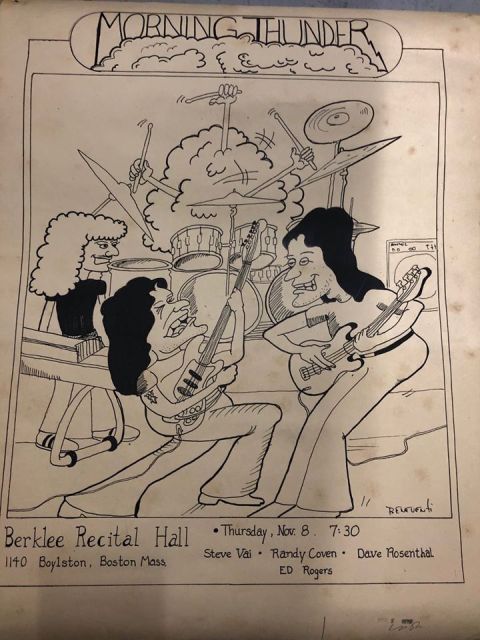