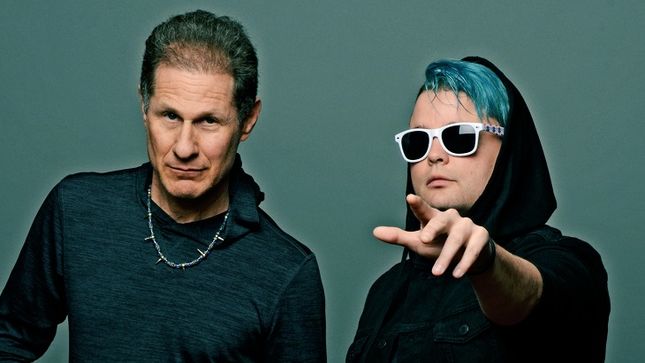 Part metal, part soul, all real, Prey For Sunday is a high-energy band on a mission to transcend and uplift humankind during their darkest hours. Guitar-driven, vintage metal melodies and old-school songwriting with prominent catchy hooks produce compositions that motivate audiences to dive into the moshpit with feet stomping. Prey for Sunday's new album is best described as a self-contained musical story of optimism, realism, and emotion... infused with a creative blend of heavy tones and captivating riffs.

Prey For Sunday is the brainchild of Sacramento born-turned-LA native- Lead guitarist/songwriter, Neal Grusky.  Neal’s writing shaped the band's identity of modern metal and his passion is to create new ways to interpret sound, serving fresh organic and original metal melodies, and songs that capture the listener's ear and mind, all meant to send listeners on a journey through his musical creativity, and guitar playing.
Tony Persico, Prey For Sunday's lyrical foundation; captures in his songwriting the raw emotions he experienced through his own dark, deep struggles as a human finding his way in a turbulent world. Persico credits his dynamic and distinctive voice to spending countless hours at the local swimming hole honing his sound. He eloquently describes his message to his listeners and all people who are struggling.

“Neal is an awesome songwriter and musician, not to mention a long time loyal close friend. I wish his new project a great success,” says Bjorn Englen bassist for Foundry, Soul Sign, and Dio Disciples.

Jeff Scott Soto adds, “I've known Neal Grusky for decades and his drive to create is as fresh today as it was on the many albums we've worked on together. I'm honored to be his friend and colleague; may this next and new musical chapter fill many souls!”

Prey For Sunday's new album drops in 2019 with intention to hit stages across America, Japan, Germany, Canada, Africa, the UK and the side stage at OzFest. Grusky and Persico aspire to build a loyal fanbase of followers who are inspired to be a little less lonely and feel more human.