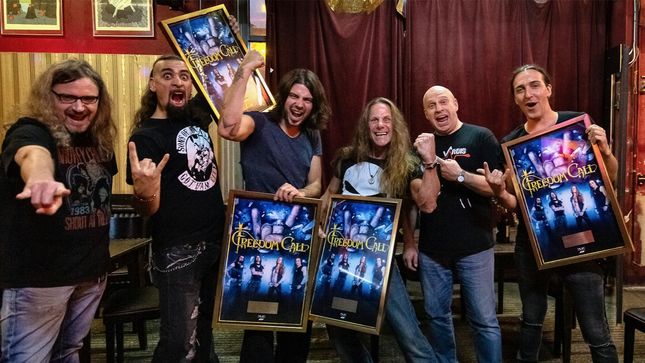 Before a packed show in Hamburg, German, Freedom Call received a special "20th Anniversary" award from their record company, SPV/Steamhammer. This year marks their 20th year as a band and they are also now 20 years at SPV/Steamhammer. In these years they have sold over 250,000 records and have now reached over 60,000,000 streams.

The band's new album, M.E.T.A.L., was released in August on CD digipak, 2LP gatefold, download and stream. Get it here.

The band released a great video for the song "M.E.T.A.L.", which has achieved over 160,000 views on YouTube. Watch below: