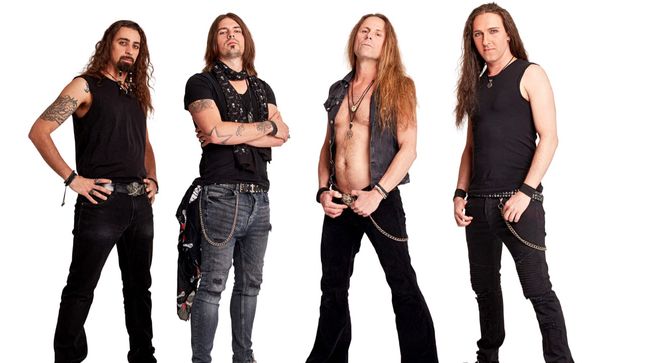 German melodic metal band, Freedom Call, have released a new single and video, for the song "111". The song is taken from the forthcoming studio album, M.E.T.A.L..

Chris Bay says: "The title of the first single release ‘111’ (with the “perceived” subtitle ‘The Number Of The Angels’) is also programmatic for the album. 111 is the number of angels in Western esotericism, and it also plays an important role in my life. I come across it constantly, be it the number of my hotel room, a receipt at the supermarket or even my birth date. I’m obviously a ‘one’ person which also means that I’m a ‘light person’.”

The new album, M.E.T.A.L. will be released August 23 via SPV/Steamhammer as a CD, digipak version, 2LP gatefold version, download and stream. Pre-order here.