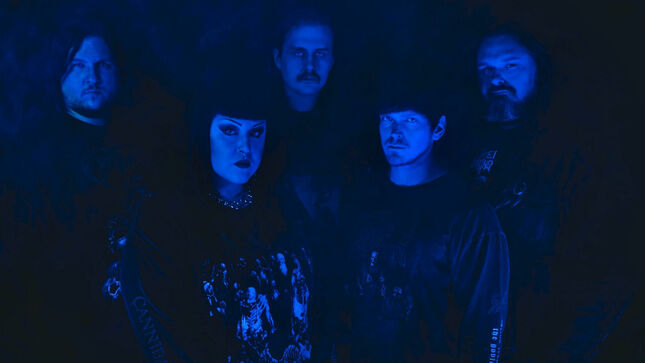 Texas coldest upcoming death metal force Frozen Soul have announced the reissue of their 2020 Demo EP Encased In Ice that will be officially released on October 29 via Century Media. Besides the original demo tracks this record also includes two cover songs, a rare bonus track as well as the demo version of “Crypt Of Ice”. Fans can already check out “Mandatory Suicide” originally written and performed by thrash metal legends Slayer on all streaming platforms.

The band comments: “With this reissue we wanted to give everyone a fresh look at how it started and how it led up to Crypt of Ice! Encased in ice was a journey for us to get to where we are now and we couldn’t have done it without everyone’s support!”

The reissue will be released as a 180-gram black LP including an A2 poster as well as on all digital platforms. Preorder the EP and listen to “Mandatory Suicide” here.