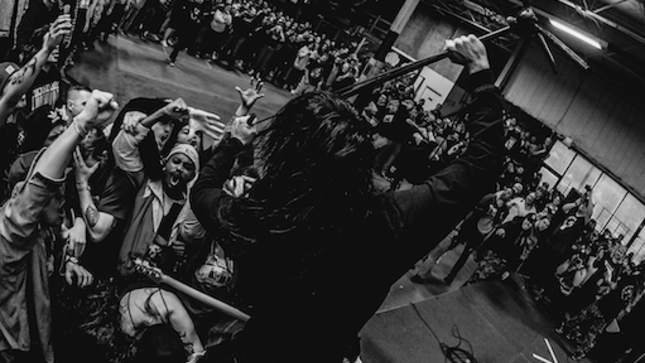 Rising New England death metal agitators Fuming Mouth have officially joined Nuclear Blast, and will release a new EP titled Beyond The Tomb on November 20. A new video for the title track is streaming below. The EP follows the band's critically lauded, breakout album The Grand Descent.