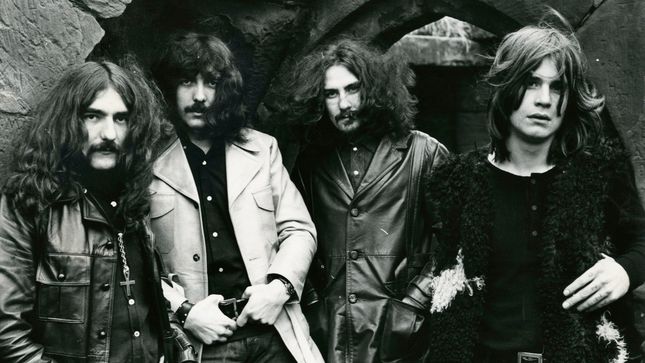 Geezer Butler has officially called time on Black Sabbath, declaring; “it’s done.” Dismissing long discussed fan chatter about a possible final Sabbath gig at Birmingham’s Villa Park, the bassist is the first member of the Birmingham quartet to apparently officially confirm the end of the band.

Butler made his comments while speaking to eonmusic about the recent reissue of his solo catalogue (Plastic Planet, Black Science and Ohmwork), which are available now, via BMG.

Geezer’s revelation brings to a close five decades of the metal titans, whose Paranoid album recently received a 50th anniversary Super Deluxe reissue. Formed in Birmingham in 1968 by Butler, guitarist Tony Iommi, frontman Ozzy Osbourne, and drummer Bill Ward, the outfit went on to sell over 70 million albums, and are regarded as true originators of the heavy metal genre. The band played their final tour in 2017.

In the chat with eonmusic, when asked about the possibility of a final show at his beloved Villa Park, Butler was emphatic; "There will definitely be no more Sabbath”, he said; “it’s done."

Geezer’s comments appear to contract both Ozzy Osbourne, and Tony Iommi, who have, in the past, shown interest in further activity from Black Sabbath. In a June 2018 interview with ITV News, Osbourne expressed interest in reuniting for a performance at the 2022 Commonwealth Games, which is due to be held in their home city Birmingham.

Iommi, meanwhile, told eonmusic in 2017 that the stadium show was his idea in the first place; “It was me talking about that, I started it!”, he said. “I think it would be nice to do that at some point. I haven’t spoke to the others about it, but it would be, honestly, and they’d be up for it.”

Speaking about the final Sabbath run of dates, which concluded with a show at Birmingham’s Genting Arena on 4th February, Geezer said; “I had a great time on the final tour, especially knowing it was the end. I seemed to put a lot of extra effort in, knowing that people wouldn’t see us again."

He did add however, that he would have been up for extending the run; “I would have liked to do more dates, but Tony’s cancer treatment meant we had to shorten the tour”, he concluded.

Read the full interview at eonmusic, where Geezer discusses his solo album reissues, working with Burton C. Bell on Plastic Planet, hooking up with Ozzy Osbourne in 1988, and the fabled Moscow Peace Festival.