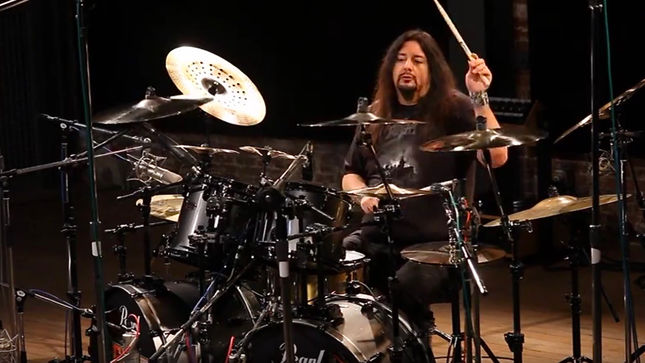 Heavy metal legend Gene Hoglan has played on many revered albums in his fantastic career that has spanned over 30 years. There are many different tracks over that length of time that would be considered fan favorites and Death’s “The Philosopher” off their Individual Thought Patterns album is at the top of that list.

Today, he reminisces about the recording process of the track, techniques he used and how he felt about recording it for his new DVD, The Atomic Clock: The Clock Strikes Two.

"I remember on the 'adorable little riff tape' that Chuck (Schuldiner) sent me, this tune was pretty much ready to go. It didn't require any transposing on my part to make it any heavier.

"Now, this instance is possibly captured on the DVD, but as you may notice in the verses, I don't catch the hi-hat conventionally with my foot, I use my hands to catch it. I wanted to have the kick land under the snare yet still have the choked hi-hat on the same beat, and at that time, that kick drum would have been my left, which would obviously be my hi-hat choking foot. So, my only alternative was to do a hi-hat choke manually with my left hand. And you know what? In the long run, it probably didn't make a damn bit of difference. The hand chokes are not all that 'chokey', and the kick under the whole shebang doesn't really make it any more powerful.

“Hey, remember when I said that I'm up for challenges? Apparently that runs to the 'self-inflicted' as well.

"The neato thing about this version is that I didn't even know that there was an extra two minutes of jam at the end until I'm getting filmed playing it! Apparently we played it that long on the original, but I definitely don't remember it. Hell, I'm too busy remembering Overactive Vaginas, Donald Tardy's and hi-hat chokings to remember long extendo-jams.

“Again, there was no reviewing of anything before tracking the DVD, so on that filmed take, I'm actually surprised that this tune is not ending like, two bars after where the album's fade happens. Hence, me going way off the riff, 'cause with no click, there's really nothing to follow except for Chuck's random two-note progression. Ah well, warts and all is how I likes to brings it to ya. And don't forget, with zero prep either. Jeez Hoglan, get it together next time, will ya?"

Watch the full playthrough of “The Philosopher” from Gene's new DVD, The Clock Strikes Two:

The Atomic Clock: The Clock Strikes Two provides a glimpse into the philosophies, techniques, and history of one of metal's most influential musicians of all time. It is currently available in digital and physical formats through hoglanindustries.com, as well as Amazon, and on reversedrecords.com. 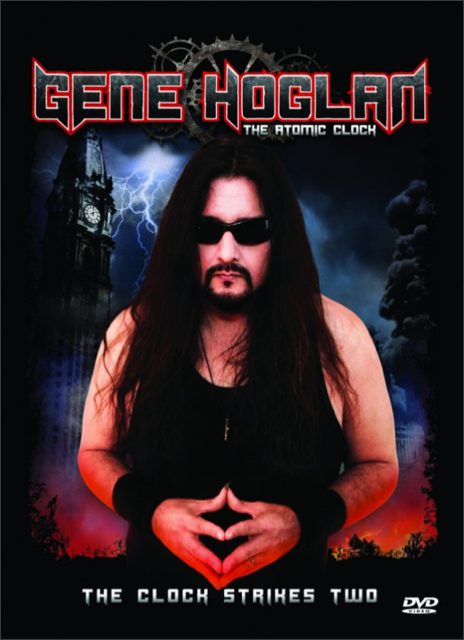