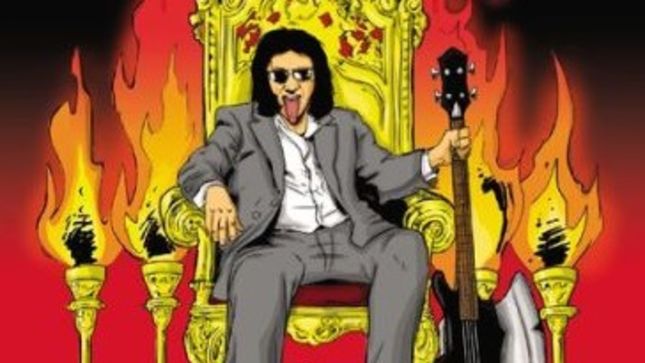 In this authorized parody of one of rock and roll’s biggest icons, fans will find incredible “facts” about the legend that is Gene Simmons, peppered with words of wisdom straight from the Demon’s tongue, hilarious reactions to Gene from kids, reimagined movie posters featuring Gene Simmons in the title role, and much, much more.

Authour Christina Vitagliano lives in Las Vegas. She has not slept with Gene Simmons, although she did get him to write the foreword to the book. Illustrations were created by Corey and Craig Marier. An Amazon pre-order widget is available below.