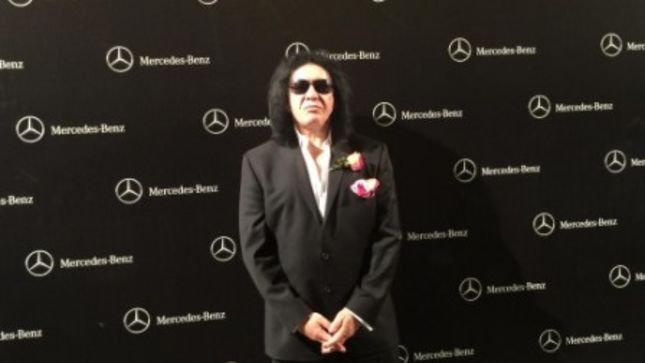 KISS legend Gene Simmons has posted the following message on his official website:

"I was proud to stand alongside iconic and legendary Spanish designer Francis Montesinos yesterday (September 17th) to launch our fashion line at the Madrid Mercedez Benz Fashion Show. And behind the scenes, David Sabin – a giant in his field, is setting up high end retail. The introductions to both Francis and David Sabin were initiated by Sheila Lamb, of the Matt Lamb Foundation. Thank you.

The media response, I have to say, was over the top. And the actual show? Well, the Montesinos models, fashion designs, music, stage design were really outstanding.

And finally, thank you Madrid, for welcoming us so warmly. Be on the lookout in the near future for our fashion line." 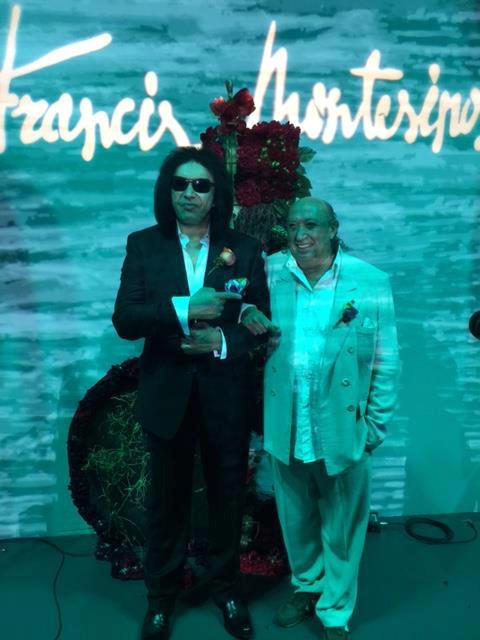 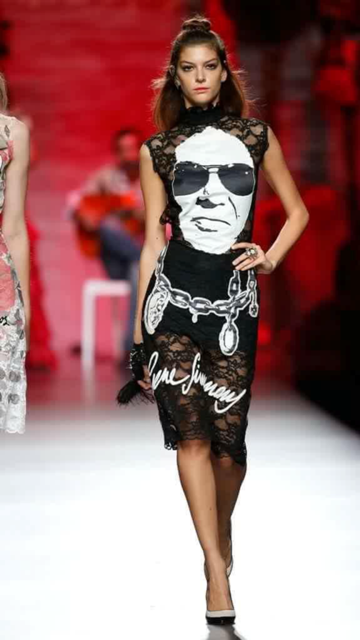 Check out more photos from the event here.

In a recent interview with TMZ, Simmons talks about the situation and says it can happen to anybody.

“That happens to everybody," the KISS legend says, "and everyone should welcome the cops or the FBI to find out who these bad guys are. Everybody hides. Cockroaches hide right in your kitchen, even though you didn’t put them there, they are still there.”

“We came back from hiking and there was a crack taskforce from the Beverly Hills and Los Angeles Police Department, and they asked for permission to come in and search our home, and we said, ‘Sure, why not,’ ” Simmons said. “So they came in and searched all over the place, and then two or three hours later we all sat down.

“So they checked the records, found out that I was on the east coast of America — they deemed that from there you couldn’t do that — our kids were off in Canada, (wife) Shannon was outside the country ...

“They’re (police) on the trail, and we’re actually helping the FBI and the cops track down the bad guy.”