GENE SIMMONS On The End Of KISS - "Your Life And My Life, Even The Planet We’re On At Some Point Is Just Going To Stop, And Maybe That’s OK" 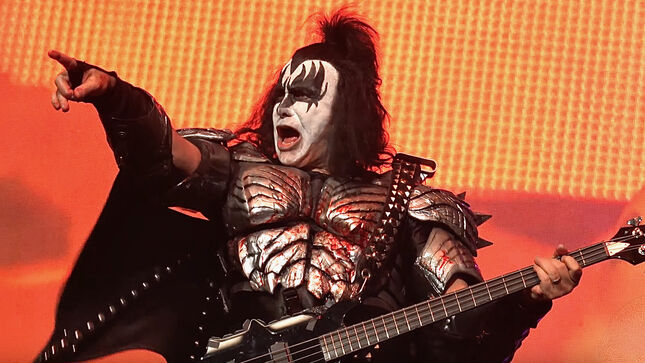 KISS co-founders, Paul Stanley and Gene Simmons, are featured in a new interview with American Songwriter, in which they discuss the band's history, their upcoming final concert, and much more. In the following excerpt, the pair talk about the band's final bow.

Simmons says “the end” of KISS, meaning their final live performance, is bittersweet, but there’s really no closure to the band with the opening of the KISS World Museum in Las Vegas, a KISS cartoon and film in the works, the KISS Kruise, licensing, and everything that will expand the legacy long after Stanley and Simmons have stopped playing on stage.

“It’s happy and sad because things come to an end,” says Simmons. “Your life and my life, even the planet we’re on at some point is just going to stop and maybe that’s OK.”

Simmons says that the timing is right for KISS to end. “I still have hair on my head - lots more on my back,” jokes Simmons. “They call me Chewbacca. KISS will continue. The culture will still continue. We’re just getting off the stage while the getting is good, and while we’re still convincing doing it. We’re the hardest-working band on the stage. It would be great if we were U2 or the [Rolling] Stones, two of my favorite bands, because to prepare for a show you put on your favorite sneakers and your T-shirt and you’re set. You don’t have to break out the platform heels.”

Stanley admits that heavy touring schedules and wearing their suits of armor have taken their toll. “Being on tour is pretty much three hours of elation, and 21 hours of being away from home, which honestly is not fun,” reveals Paul. There are nights when I’m going to bed and going, ‘What the hell am I doing here? Why am I here when I have a family home?’ So there certainly is a push and pull, but there’s nothing like being on stage, the gratitude that I feel.”

Stanley jokes, “And the workout that I get on stage, I couldn’t do that in a gym. If you could pack 10,000 or 100,000 people into a gym to cheer you on, you’d do things that you couldn’t do without them there, so flying over an audience on a wire, that’s pretty cool. If I try that during the afternoon when nobody is there, I’m terrified. Adrenaline makes you stupid.”

Robomagic Live recently announced that KISS will play their final UK dates ever in June / July 2023. 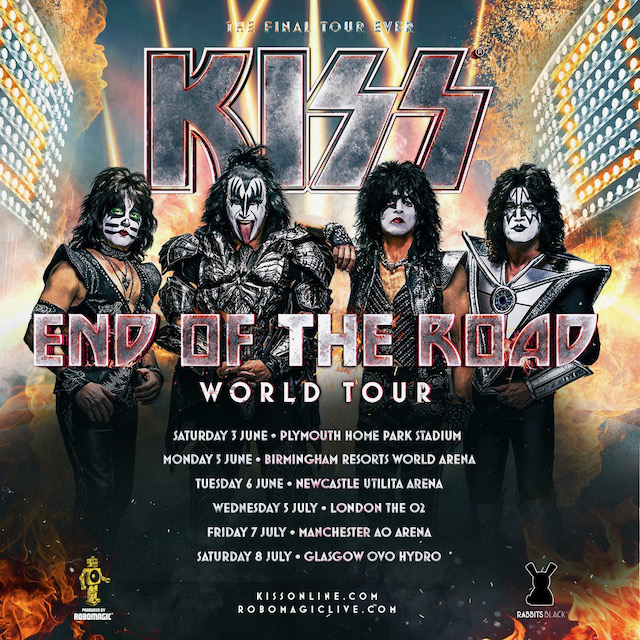 The complete KISS tour itinerary can be found here.