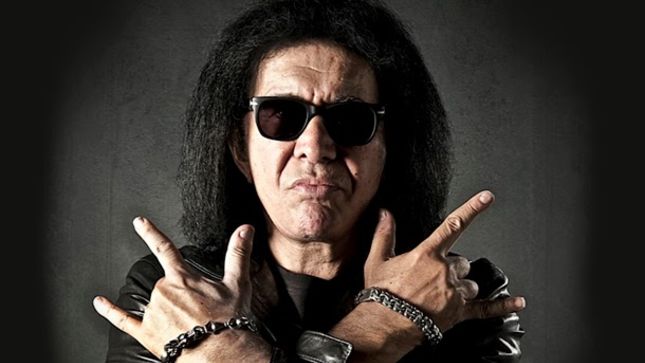 In the next episode of CCTV America's Full Frame, Mike Walter sits down with KISS legend Gene Simmons and daughter, Sophie Tweed-Simmons, to discuss their philanthropy philosophy.

From donating money that goes towards life-saving surgeries to creating a safe place for abused youth, the Simmons# are active in making in impact on the lives of vulnerable children.

Tune into Full Frame on CCTV America at 6:00pm EST on January 10th or watch the live stream of the program here.

In this authorized parody of one of rock and roll’s biggest icons, fans will find incredible “facts” about the legend that is Gene Simmons, peppered with words of wisdom straight from the Demon’s tongue, hilarious reactions to Gene from kids, reimagined movie posters featuring Gene Simmons in the title role, and much, much more.

Author Christina Vitagliano lives in Las Vegas. She has not slept with Gene Simmons, although she did get him to write the foreword to the book. Illustrations were created by Corey and Craig Marier. An Amazon pre-order widget is available below.