GENE SIMMONS’ Wife SHANNON TWEED On Her Husband’s Famous Tongue - “Why Do You Think I’m Still Here After 34 Years”; Video 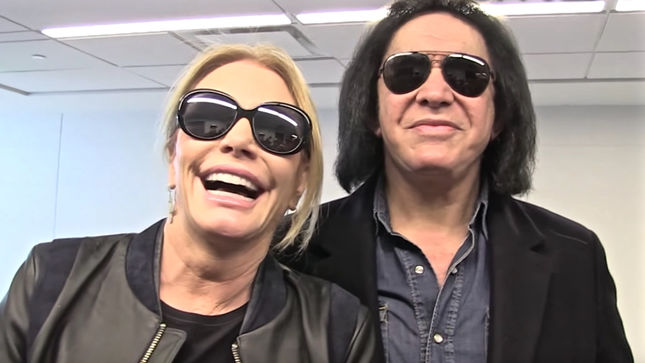 TMZ caught up with KISS singer/bassist Gene Simmons and his family yesterday (Thursday, December 29th) at LAX, and with Simmons having “the most famous tongue in the world”, TMZ wanted to know details of Gene and wife Shannon Tweed’s midnight kiss on New Year’s Eve.

A show on May 20th at BVV in Brno, Czech Republic has been added to the European tour. The complete schedule is available below.