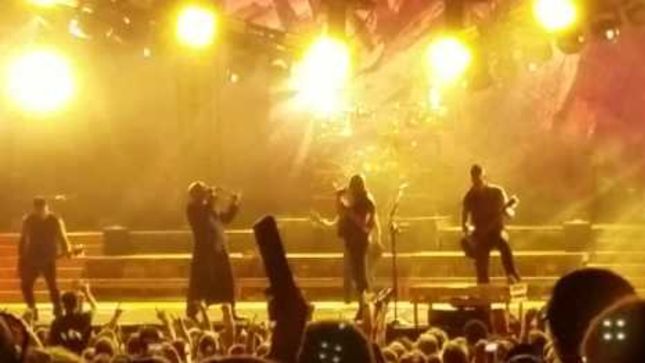 On August 20th, Geoff Tate of Queensrÿche fame, Alter Bridge guitarist Mark Tremonti, and Saint Asonia bassist Corey Lowery joined Distrurbed on stage at the Pain In The Grass Festival 2016 in Auburn, Washington. They performed the Disturbed song "Who Taught You How To Hate". Fan-filmed video is available below.

Says Tim “Ripper” Owens: “This is gonna be fun... in between putting new CDs out this year, I am gonna have some fun with my fiends! WHY NOT, it's our jobs to rock!! Trinity is Geoff Tate, Ripper Owens and Blaze Bayley - coming to you live for a very special and limited run of dates!”