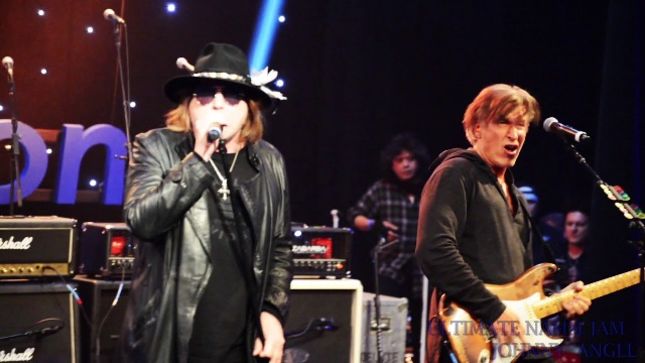 Guitarist George Lynch (Dokken, Lynch Mob, KXM) recently spoke with Ultimate Guitar about the possibility of a new Dokken album featuring the classic line-up of himself, Don Dokken, Jeff Pilson and Mick Brown. Following is an excerpt from the interview.

Lynch: "The further along we get here, I think the less it matters (laughs). The more time goes by, it becomes less relevant. I think we're all having fun doing what we're doing. I'm involved in a million projects, playing all kinds of great music. I would love to do a Dokken record but I just don't want it to be... I want it to be enjoyable. And I think everybody does. I don't want it to turn into a painful, ugly experience (laughs). Who needs that at our age? That's the main thing.

I'm fine with Don. We talk, everything's good, I play with him occasionally. Actually, I'm gonna be playing with him in March at the M3 festival. I'm gonna go up and play the show with him. I played with him the last year at another festival. Every once in a while, I get on stage, play the old songs, and it's wonderful. Fun."