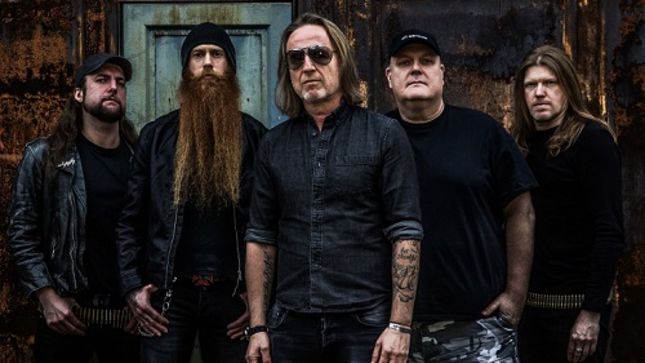 German thrash outfit Darkness is back with a new record, that will feature brand new songs as well as a live track and a cover version.

Over And Out will be released on November 27th, 2020 and will be available as CD Digipak, limited edition Vinyl LP in different colors, as well as in digital formats. Pre-order it here.

The track list as well as the album's front cover - featuring an illustration by Timon Kokott - is available below. Over And Out was recorded and mixed by Cornelius Rambadt at Rambado Recordings Studio, and mastered by Dennis Koehne at DK Studio.

The first single from the new album will be released on October 14th.

"Every Time You Curse Me"
"Dawn Of The Dumb"
"Over And Out"
"Slave To The Grind" (Skid Row Cover)
"Tinkerbell Must Die" (Live In Osaka, Japan)
"Armageddon"
"Faded Pictures" (Unplugged)