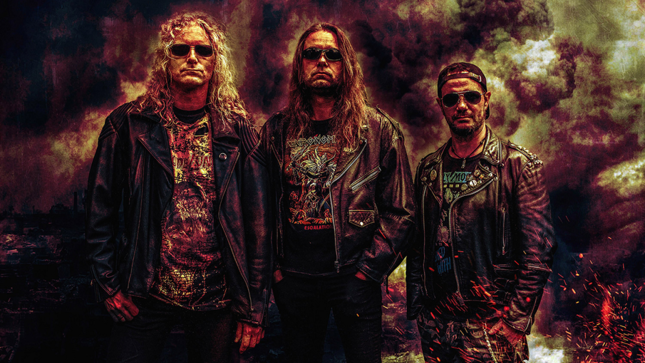 German heavy thrashers Daily Insanity have released “The Reckoning”, the first official single and first insight into their new album Chronicles Of War.

The band states: “‘The Reckoning’ is a preview of the forthcoming new album. The song is one of the most notable and brilliant pieces on the upcoming album. As we just announced a huge European headline tour in support of our new album, we thought it would be great to get our fans into the Chronicles Of War mood by giving them this song up front of the tour and album release. We definitely can’t wait to hit the road and perform the new songs live!”

Produced by the band themselves, the new album Chronicles Of War is set to be released in summer 2021. The single was recorded in Berlin in October 2020.

The stunning cover art for “The Reckoning” was created by band manager Felix Pirk, who also played the drums on this track as replacement for Daily Insanity drummer Gustl who suffered a serious hand injury during the recordings of the new album.

To celebrate the release of their new masterpiece, the band announced a European headline tour.

More details about the new album will be revealed in due course.