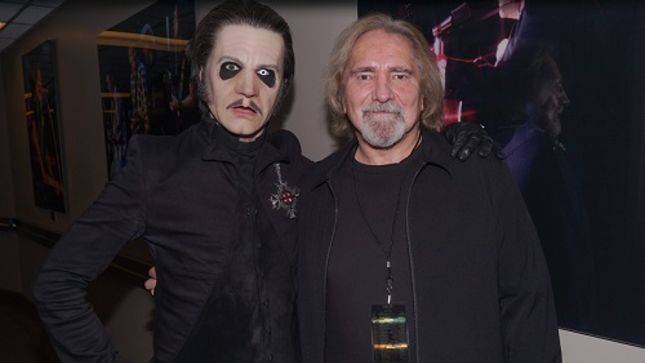 Grammy-winning Swedish rockers Ghost headlined its first sold-out arena show at the Los Angeles Forum this past Friday night (Novermber 16th) and brought the house down. Two-hours-and-40-minutes of rock theatrics and mayhem (a two act-production with a 15-minute intermission) performed on a medieval cathedral-type set with a backdrop of stained glass windows, staircases that went to a variety of levels and platforms, shooting fire, pyro, confetti (or "Mummy dust" as Ghost refers to it), and a lighting design that was just stellar. The pacing of the show, the musicianship, and the charismatic frontman himself, Cardinal Copia, proved to be as funny and charming as he was outrageous.