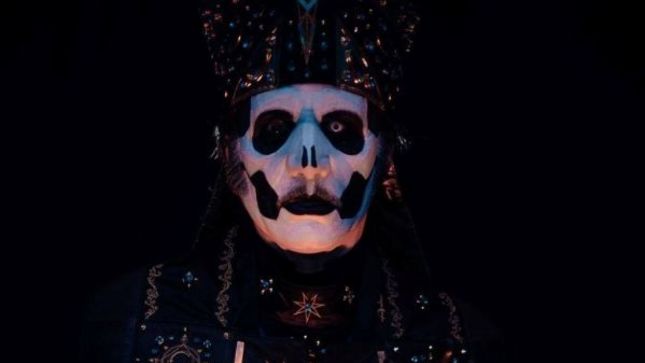 Speaking with Sweden Rock Magazine, Ghost frontman / mastermind Tobias Forge offered an update on the band's plans to record a new album. Following is an excerpt from the discussion.

Forge: "The idea is for the album to be recorded in January. The actual recording will last around six weeks and then there's two to three weeks of mixing and mastering. So some time in March the record should be finished, but it won't be released until after the summer. As it looks now - knock on wood - we will then go on tour. We won't release an album until we know that we are actually going on tour. Of course, we could announce an album release date and then, for some reason, it might not be possible to tour, but that's a whole other matter."