GIRISH AND THE CHRONICLES Debut "Hail To The Heroes" Music Video 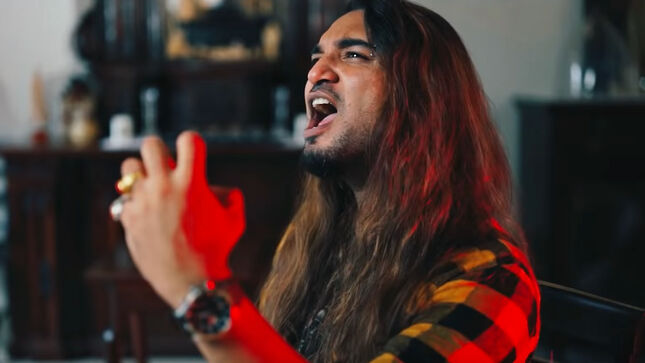 Frontiers Music Srl will release Hail To The Heroes, the new album from India's Girish And The Chronicles, on February 11, 2022. Watch a music video for the title track below, and pre-order your copy of Hail To The Heroes at this location.

Earlier in 2021, frontman Girish Pradhan had this to say about Hail To The Heroes, ahead of the band heading into the studio: "It will have all the musical elements that we love to hear, in our day to day lives, which of course revolves around good old Rock 'n Roll. From the Sunset Strip to NWOBHM and more. Our audience can expect some great anthems!”

And GATC has more than delivered on that promise. Hail To The Heroes, the band's third album overall, sees the band taking huge leaps forward from their previous album, Rock The Highway (2020). The album grabs you from the opening notes of "Primeval Desire" and never lets go, just like their musical heroes' classic albums have always done. Hail To The Heroes is a sonic journey that will thrill you over and over again.

Girish continues, "We are a hard rock / melodic rock / heavy metal band. We like making the kind of music that we grew up listening to, which revolves around the '80s. However, we do like including a song or two that may have a very different vibe. Could be in the form of a progressive song, or maybe a riff that has a bit of India in it. All in all, we think of it as a roller coaster ride with the meanest in-your-face songs to beautiful ballads. We feel no matter how dedicated we are to the art, we still should not stop ourselves from exploring more, but without losing the essence of what we truly love.”

"Hail To The Heroes" video: