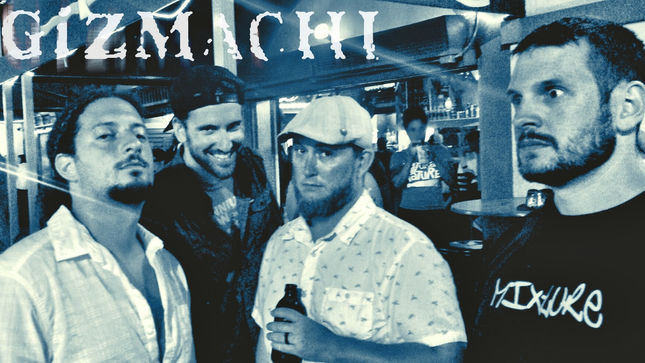 After eight long years in hiding, New York-based metal outfit Gizmachi have finally set a release date for their sophomore album. The record comes 16 years after the band's 2005 debut LP, The Imbuing, which was produced by Shawn Crahan (Slipknot), mixed by Josh Wilbur (Lamb Of God, Gojira), and would ultimately land Gizmachi a slot on the 2005 Ozzfest.

Gizmachi will release their new album, titled Omega Kaleid, on March 12 via CEN/The Orchard (a division of Sony Music). The record was produced and engineered by Jay Hannon (Byzantine, Gods Below Us), mixed by Mark Lewis (Devildriver, Whitechapel, The Black Dahlia Murder), and vocal duties were handled by none other than Björn “Speed” Strid of Soilwork.

Speaking about his role on the upcoming record, Björn shares, “Being a part of the new Gizmachi record was one of the most challenging adventures I’ve experienced. I can honestly say that I’ve grown as a metal singer since recording these vocals.”

Fans eager for their first taste of Omega Kaleid can check out the record's new single, "Broken Ends", which is available now on all digital and streaming platforms via the link found here. You can also hear the song below.