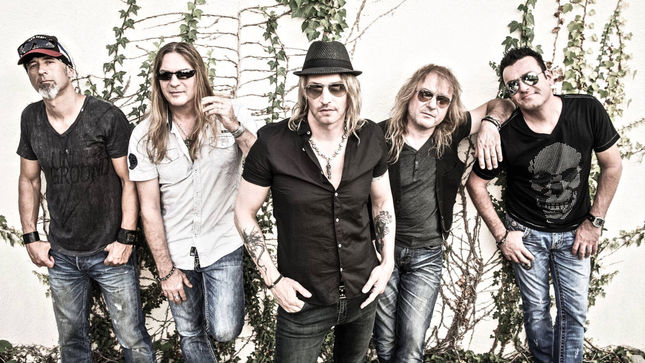 Swiss rockers, Gotthard, will release their 12th studio album, entitled Silver, on January 13th via Musikvertrieb in Switzerland and internationally via PIAS.

The album’s first track is called “Stay With Me”, and has everything that an anniversary album can offer. From acoustic guitars and Nic Maeder’s emotional vocals, the single delivers a sophisticated rock explosion and hits the sweet spot between half ballad and monumental hymn.

The single is now available via iTunes, and a music video for the song can be seen below:

The Silver album artwork, as well as video trailer, can be found below.

Says the band: “There’s reason to celebrate! 25 years of Gotthard mean that we’ve left Paper, Leather, Wood, Crystal and China behind us, and can properly drink to the Silver Wedding. A quarter of a century of band history is a decent anniversary and appropriately moulded into Silver. Three months before the official release on January 13th, it’s clear that we should pick the little black dress up from the dry cleaners and iron the good shirt, because dressing up for Silver is only fair as the record sports quite a fancy look as well!”

Gathered continue: “There’s no holding us back now, the spell is broken, the baby’s got a name! So, here’s an exclusive sneak peek while we’re at it: During the current mixing of Silver, Gotthard somehow found the time to prepare and snuck out this little trailer, which we’re naturally sharing with you straight away. These 30 seconds pack a punch – including a few beats of the first single.” 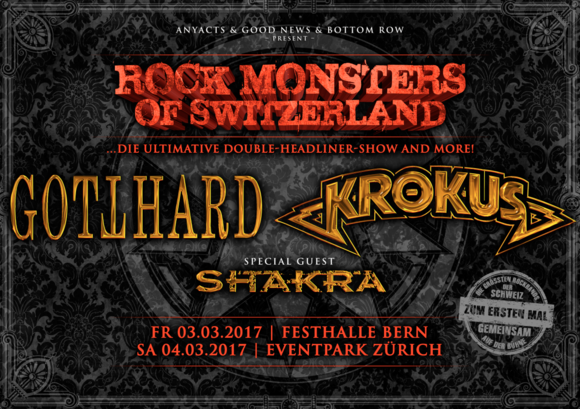