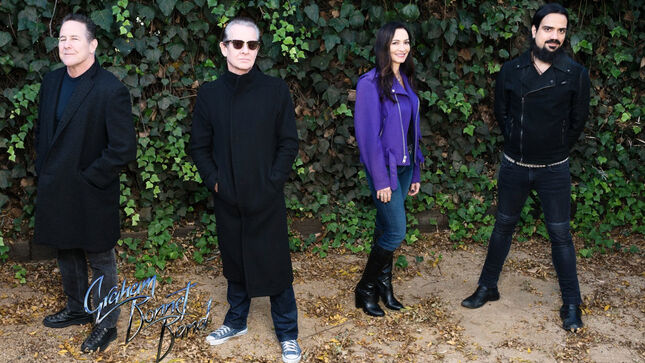 Graham Bonnet has announced that he is currently recording a new studio album with bandmates Beth-Ami Heavenstone (bass), Conrad Pesinato (guitar), and Mark Zonder
(drums). In addition to the core band, some special guests will be lending their talents to the album, including legendary keyboardist Don Airey (Deep Purple, Rainbow). The names of more guests will be revealed in the coming weeks.

Explains Bonnet, “Similar to the first two albums, it will reflect different eras of my career, but with a contemporary twist. Also, we have some heavy hitting guests including Don Airey and others yet to be announced. I’m very excited to be playing on an album with Don again. Aside from being my longtime friend and former bandmate, he is one of the most incredible musicians I have ever had the pleasure to play with, he’s a “real” keyboard player... a classically trained pianist. I’m also delighted to be playing with the original members of the Graham Bonnet Band: Beth-Ami Heavenstone who has been my constant partner (on and off stage) since meeting back in 2012, guitarist Conrado Pesinato, who’s innate musical style elicits some of my best songwriting, and the iconic Mark Zonder (Fates Warning, Warlord) on drums.”

The album is anticipated to be released in summer 2021. Stay tuned for updates on the recording of the album.

Graham Bonnet is a hard rock legend with a pedigree to back that statement up. His stints with Rainbow, MSG, Alcatrazz, and Impellitteri prove he is one of the finest rock vocalists of his generation. The upcoming album will be the Graham Bonnet Band's third release with Frontiers Music Srl, following the well-received and critically praised The Book and Meanwhile, Back In The Garage.