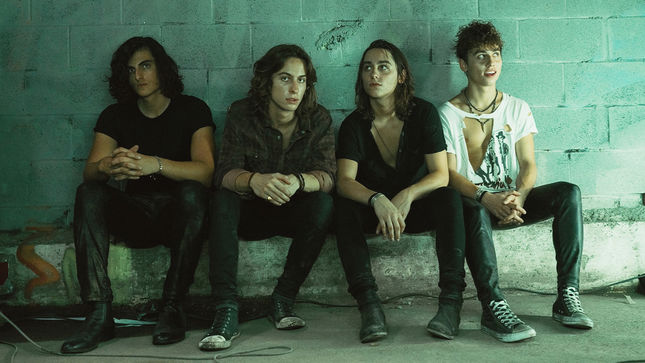 “Highway Tune”, the debut track from Michigan's Greta Van Fleet, is a tasty slab of rock'n'roll the way it was always meant to be - loaded with bravado and flair, a righteous attitude of defiance, of love, and a simultaneous kinship with alienation and belonging - and is released today on Lava/Republic Records. Listen to the song below. 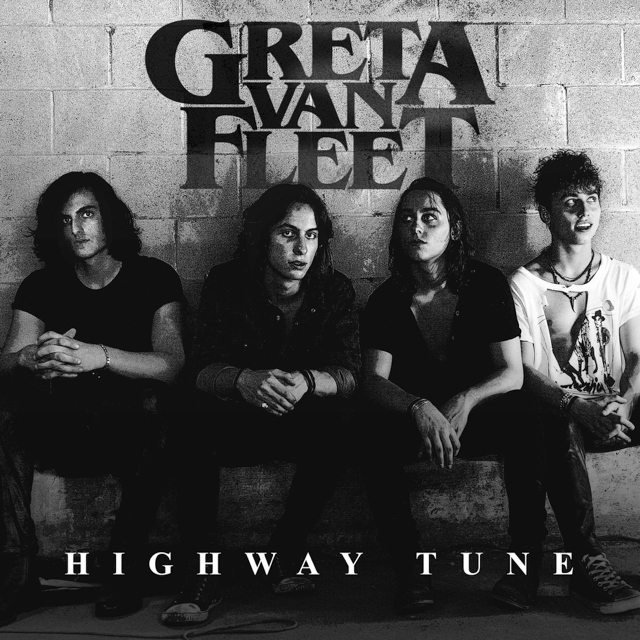 "Greta Van Fleet is the future of real Rock & Roll," said Jason Flom, President of Lava Records, who personally signed the band. "They've got the chops, the swagger and the songs to make their mark as the band of their generation."

With not all of them old enough to have voted in last November's election, Greta Van Fleet - twin brothers Josh Kiszka (vocals) and Jake Kiszka (guitars), younger brother Sam Kiszka (bass), and best friend Danny Wagner (drums) - collectively write and perform all of their own material. Each grew up around a lot of vinyl and has found influences in a diverse array of art and artists, from Jimi Hendrix to Crosby, Stills, Nash & Young, Tchaikovsky to The Who, The Lord Of The Rings to Apocalypse Now, and Robert Frost to Ernest Hemingway. Raised just north of Detroit in Frankenmuth (pop 5000, Michigan's "Little Bavaria") by two enlightened sets of parents, the four were actively encouraged to explore, to fulfill their own dreams and desires, and to stay on the path that leads them to that place.

"Our dream is for people to just give our a music a listen," said bassist Sam Kiszka. "We want to give people a positive experience so they give out good energy themselves. If you're having a bad day, listen to some good music and everything gets better. We want to be part of that."

"Highway Tune" paves the way for the release of the band's first major label EP, Black Smoke Rising, due out April 21st. Produced by Al Sutton (Kid Rock, Hank Williams Jr.) and Marlon Young (Kid Rock) and recorded at Sutton's Rust Belt Studios in Detroit, the four tracks are rooted in rock's strongest traditions: super-sized hooks, incandescent energy, raw riffage and the sweeping vocals of a front man who was born to sing.

In addition, Greta Van Fleet has signed with the powerhouse talent agency William Morris Endeavor for worldwide representation. First up is a string of May dates with one of today's most exciting new bands, The Struts (dates below).

"My hair stood on end when I first heard this band, similar to the first time I heard Jane's Addiction," said Marc Geiger, partner and head of William Morris Endeavor's worldwide music division, "and that has been the response from everyone here in the music division. This band has so much power and artistry - and they can write. We are all very, very excited about them."

"We are absolutely amazed at how on board people at Lava and WME are about us," added Sam. "Even though we are confident in our music, we never imagined interest in us of this magnitude. The dates with The Struts will be our first real tour, so we are very excited to live life on the road, see new places and meet new people. Personally, I'm really looking forward to not sleeping in my own bed for awhile."

With more dates to be announced, including appearances at major festivals later this year, the upcoming dates with The Struts are as follows: