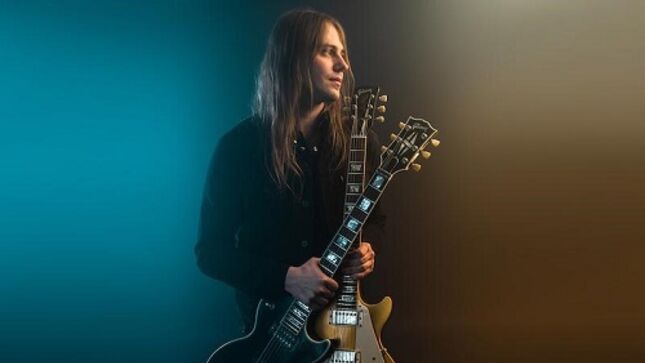 After releasing his debut album right before the world shut down, shred guitar virtuoso Sammy Boller is finally ready to take his electrifying act on the road with the Kingdom Of The Sun – Tour 2021. The 11-date trek opens on October 15th in Detroit, MI, and will see the Rock City axe-man perform guitar fireworks for crowds in Brooklyn, NY; Atlanta, GA; and Virginia Beach, VA before wrapping up on October 30th in Chicago, IL. Concertgoers will be sure to get a taste of Sammy’s blistering fretwork which makes him one of the most exciting young guitarists today.

Sammy Boller states, “I’m so excited to get back on the road and play Kingdom Of The Sun live for the first time since its release. The guys and I have missed the stage so much and have some great surprises planned for the tour. We can’t wait to get back at it and see the songs come to life on the road.”

Catch Sammy Boller on the Kingdom Of The Sun Tour 2021 at the following shows:

In March of 2020, Sammy Boller released his solo debut Kingdom Of The Sun - a stunning prog-tinged instrumental love letter to the guitar. Music videos for the lead tracks “Kingdom Of The Sun” and “Cloak Of Light” give an up close and personal look at Sammy’s graceful style, and the playthrough video for “The Empress” gives an intimate perspective of Sammy’s spectacular technique.

Since the album’s release, Sammy has continued to showcase his guitar prowess with two singles “Path Of The Heart” and “Ritual Lights,” both recorded in the midst of the pandemic. Check out the entirety of Kingdom Of The Sun here.

"Kingdom Of The Sun":

"Path Of The Heart":

After Joe Satriani selected him as a winner in Guitar Center’s “Master Satriani” class in 2012, guitar virtuoso Sammy Boller has gone on to become an internationally acclaimed player, scoring a Billboard Top 20 hit with Citizen Zero’s “Go (Let Me Save You)” in 2016. Sammy is sponsored by Friedman Amplification, and is also a guest columnist and virtual instructor at Guitar World Magazine.