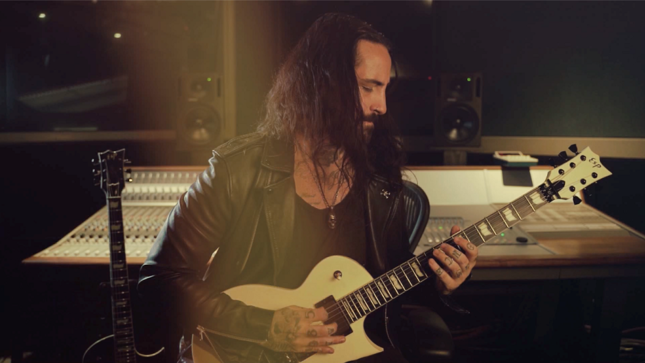 “I have always wanted to do vinyl,” Keller says. “Vinyl is one of my favorite things in the entire world, and nothing sounds better in my opinion. So, that is why I wanted to do a very special, limited release of my two singles ‘Reign In Fire’ and ‘Light Bearer’ on a seven-inch vinyl. It’s something tangible, it’s something really f**king cool looking, and it’s a piece of my heart that I can share with everyone.”

Both variations will be available for preorder beginning at 12 PM EST/9 AM PST on Black Friday at this location. The gold splatter vinyl will cost $20 and the red splatter $30. Various shirt and vinyl bundles will also be available.

Keller has been making his way up the music scene with his unique style of guitar playing since 2009. He is considered one of the top American guitar players. Inspired by guitarists such as Eddie Van Halen, Jimi Hendrix and Dimebag Darrell, Keller combines both untamed speed and euphonic rhythm into his technique to create a truly individual sound.