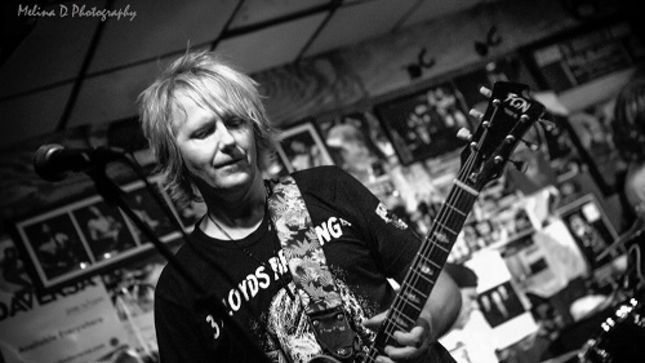 Kollman is also set to reunite with the 'Voice of Rock', Glenn Hughes (Deep Purple, Trapeze, Black Country Communion), for a string of special shows in Australia and New Zealand in September and October.

In addition, Kollman has announced the remastered reissue of his acclaimed third solo album, Shedding Skin, originally released in 1999.

States Kollman: "Well, back on the road after squeezing in some family vacation time in the Midwest.  No rest for the wicked as they say!  Extremely excited to finally get back over to Japan with Cosmosquad and playing The Morbid Tango material for the fans. Osaka, Nagoya, Tokyo - here we come!  Also, in case you haven't heard yet, I'll be joining 'Big Daddy' Glenn Hughes for a half dozen shows in Australia and New Zealand in September and into early October. Looking forward to re-connecting on stage - it's been quite a while since we last played together but Glenn is always amazing to work with. We will perform full concerts of classic Deep Purple material. So many great tracks on Burn, Stormbringer, and Come Taste The Band. Glenn and Purple fans will be in for a real treat!  And in-between those two treks I'll be doing Asia and a pair of Rock Pack shows - those are always fun to do.  How could it not when you're standing next to singers like Lou Gramm, Steve Augeri, Bobby Kimball, and John Payne playing some of the most iconic rock songs ever written? Last but not least, I'm finally getting around to putting my third solo album, Shedding Skin, back in print. I just got the re-mastered master back from Borislav Dimitrov at HiZ Productions, who also mastered The Morbid Tango for us, and it's sounding killer! The official release date is Friday, September 1st."