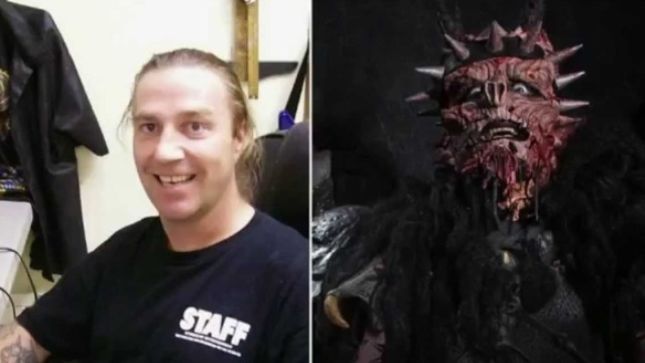 At 2:00 pm on Friday, August 30th, GWAR will unveil a monument to the band's co-founder and longtime leader Dave Brockie, which will be set in Richmond, Virginia's famed Hollywood Cemetery (412 S Cherry St, Richmond, VA). All are invited to the unveiling, and to a free party the next day, August 31st at the GWARbar (217 W Clay St, Richmond, VA). The party will feature a performance by RAWG, the greatest GWAR tribute band of all time.

"Friday, August 30th marks what would have been Dave Brockie's 56th birthday. The erection of this monument has been a long time coming, and we are grateful and happy we can finally do this for Dave. We thank the many people who donated time and money to make this a reality. We hope the marker will provide a long-needed place for Brockie's friends, family, and fans to pay their respects to this wonderful and deeply talented human being, and of course, to Dave's famous creation; Oderus Urungus, who will always be remembered as one of the greatest frontmen in rock and roll history."

David Brockie, better known as GWAR frontman Oderus Urungus, died at age 50 in 2014. He was reportedly found dead at his home on March 23rd by roommates.

"I wish it was a joke," said former band member Chris Bopst at the time, a music writer for Style. "Everyone is in shock."

"Dave was one of the funniest, smartest, most creative and energetic persons I've known," former Gwar bassist Mike Bishop said. "He was brash sometimes, always crass, irreverent, he was hilarious in every way. But he was also deeply intelligent and interested in life, history, politics and art. His penchant for scatological humors belied a lucid wit. He was a criminally underrated lyricist and hard rock vocalist, one of the best, ever! A great front man, a great painter, writer, he was also a hell of a bass guitarist. I loved him. He was capable of great empathy and had a real sense of justice."