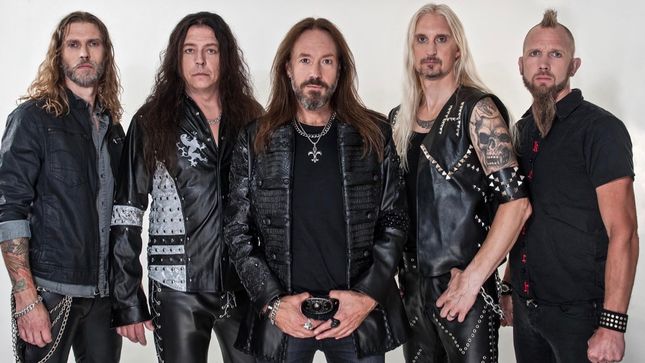 Swedish metallers, Hammerfall, have a very special Christmas surprise for their fans. Some very first details of their highly anticipated, forthcoming studio album have been released by Joacim Cans and Oscar Dronjak. Watch the video below:

Hammerfall recently released the 20th anniversary reissue of their second album, Legacy Of Kings, as 2-CD/DVD boxset, via Nuclear Blast.

"The all-important second album. After the immediate success of Glory To The Brave, the pressure was on us to deliver. But we weren’t worried, we had a vision of the perfect heavy metal band and were intent on following through on it," explains Oscar Dronjak.