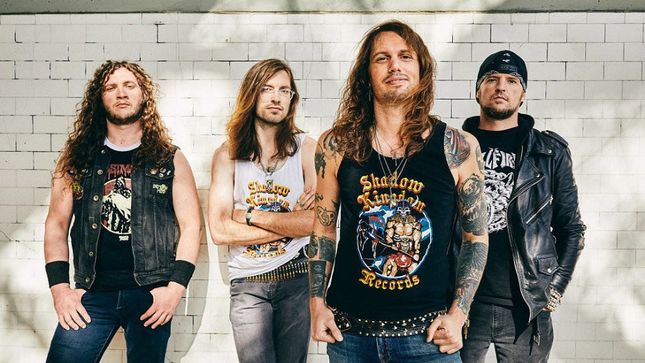 Haunt comment: "Black Sabbath just spoke to me instantly", recalls mastermind Trevor William Church. "I definitely wanted to steer my way musically towards Ozzy's style of singing from the second, I heard his voice. For me, the voice is what really brought everything to life in Black Sabbath. Although, I do admire everyone in the original Sabbath lineup, Ozzy pulled me in. Having already done a Sabbath worship-style band Beastmaker, I really wanted to try and do something different as Haunt, which was something of a challenge. It's a very simple guitar song with very few frills. Haunt is not like that at all. So doing some solos just seemed really fitting, but with the original, the drum style was a bit difficult for me to come up with anything creative solo wise. So, I speed it up to something, I could solo over."

Magnetic Eye bows at the Birmingham altar to celebrate Black Sabbath's 50th anniversary with an offering of an end-to-end re-imagining of Vol. 4, which still remains as one of the most acclaimed albums in the canon of these godfathers of heavy metal.

A pantheon of metal and doom heavyweights, including some of metal’s most famously Sabbath-inspired icons, pay homage to Vol. 4, which witnessed the masters expanding their minds over their weighty foundation.

Vol. 4 [Redux] features stunning takes on each song from that indisputable classic, which includes unique tributes among others by Zakk Sabbath, Matt Pike, The Obsessed, Haunt, Thou, and Spirit Adrift.

Zakk Sabbath - “Under The Sun”: