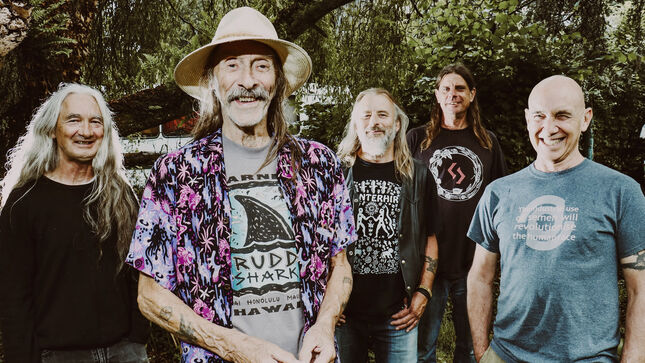 Just weeks after releasing their 34th studio album, Somnia, founding member and 50 year veteran of legendary space rockers, Hawkwind, Dave Brock, told Vintage Rock Pod that the band already have another album ready, have plans to mix a new live album and are heading into the studio shortly to record another one.

Hawkwind found fame in the early 70s when their smash hit "Silver Machine" reached #3 in the UK charts. The song, famously sang by late Motörhead leader, Lemmy Kilmister, put the group on the map and was followed by 13 Top 40 albums and alumni of the band including legendary drummer Ginger Baker (Cream).

In the full interview Dave talks all about the recently released album, Somnia and sold out show at the London Palladium, his 50 years in the band including stories about their iconic Stonehenge concerts and how he went from a blues background to helping forge the new genre of space rock!