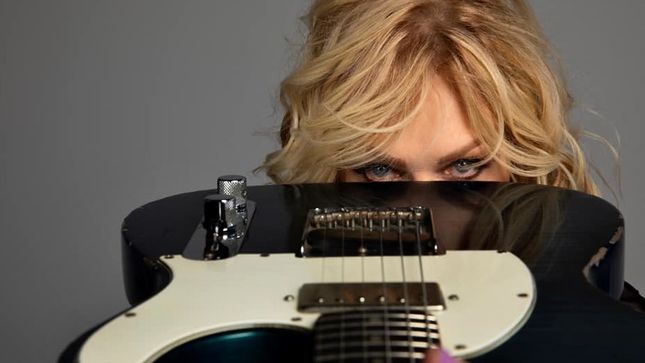 Wilson said: "I've got one song that I wrote with Duff McKagan and Taylor Hawkins. They had a jam that they shared with me, and I finished it. And it's called 'Party At The Angel Ballroom'. And actually, I covered [Simon & Garfunkel's] 'The Boxer', which I did with Heart last year, with Sammy Hagar guesting on that. He's a buddy. He sounds really good on that. I have this other big rocker. I said, 'Do you wanna sing on this big rocker?' And he's, like, 'It's kind of expected. It would be a little less interesting.' I said, 'Okay. What about 'The Boxer'?' And he's, like, 'I love that song. I've loved that song forever.'"

Ahead of her first-ever solo album, Nancy decided to release her stunning version of Bruce Springsteen’s “The Rising”, “...because of these troubled times we’re living in,” Nancy says. “‘The Rising’ has been on my mind. I wanted to make something uplifting and aspirational for those of us who are suffering with all this sickness and loss. I hope this song can help lift our spirits.”