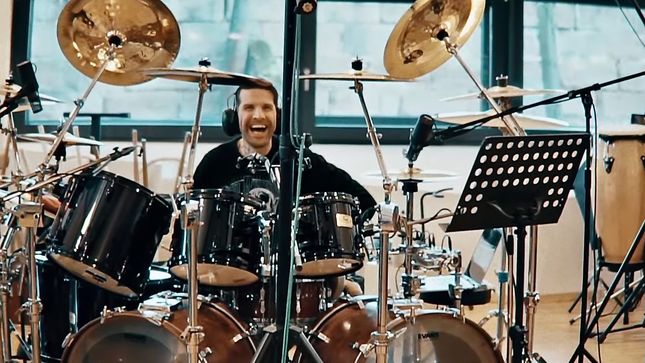 The new, yet to be named Helloween record will see the boys going “back to the roots,” with the band recording fully analogue and Dani Löble  drumming on Ingo Schwichtenberg’s original drum kit, as used in the legendary Keeper Of The Seven Keys recordings.

In the new video below, Dani Löble sends an update from the studio. As the drum recordings are finished now, the band is working on guitars, bass and vocals in various studios in Hamburg and Tenerife.

Previous videos can be seen below:

"The social media feedback was overwhelming on all counts. To hear and read 'This was the show of my lifetime' gives you the ultimate kick to offer the fans even more. Let's go for the next round!" - Sascha Gerstner

Looking back to the Pumpkins United World Tour, named by the press the Tour Of The Year, everyone still has a big smile on his / her face. The excitement that swept through the media began with the announcement of the metal summit's plan to visit at least 32 countries on 3 continents - but the reactions were nothing compared to the euphoria of over 1 million fans at sold out halls and festivals from West to East. Even if CD, DVD and Blu-ray present stunning contemporary documents - nobody wants to imagine that this is all there is...

"The Pumpkins United World Tour 2017-2019 forged us into a real band - we are all very keen in recording a new studio album now. Artistically it's extremely thrilling." - Andi Deris

Immediately following the massive Brazil tour with the Scorpions and Iron Maiden, the Pumpkins United line-up entered the H.O.M.E. Studios in Hamburg (where everything started in 1984) to work on brand new song material. The same recording console used for albums such as Master Of The Rings, Time Of The Oath or Better Than Raw is now being used to record a new legendary studio album - analogue and deliberately "back to the roots."

With Michael Kiske, Kai Hansen and Dani Löble drumming on Ingo Schwichtenberg's original kit, one thing is for sure: a stronger Helloween vibe won't be possible. With United power, the new album will slam down our door end of August / beginning of September 2020 - produced by Charlie Bauerfeind and Dennis Ward, who are likewise excited about the quality song material they have on offer from the band.

"It was already lots of fun to create a show from the variety of records for the first tour. With the new album we are able to top this. Of course, the set will contain our classics again - especially those songs we were not able to play on the first tour." - Markus Grosskopf

It's official: The United Alive World Tour Part II is coming! The ultimate Helloween party will continue and there are a million reasons to attend again. Besides the full-speed hit rollercoaster carrying the fans through three decades, the brand new album (yet to be named) will be presented live for the very first time.

In September 2020, the legendary United line-up will be unleashed again: stronger, with new song material and a ton of horsepower - simply the ultimate United Alive World Tour Part II. 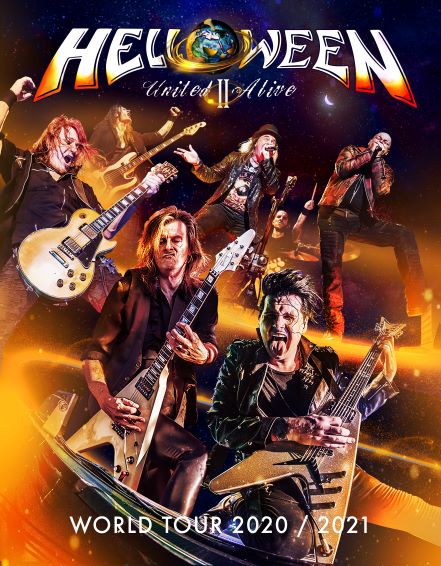