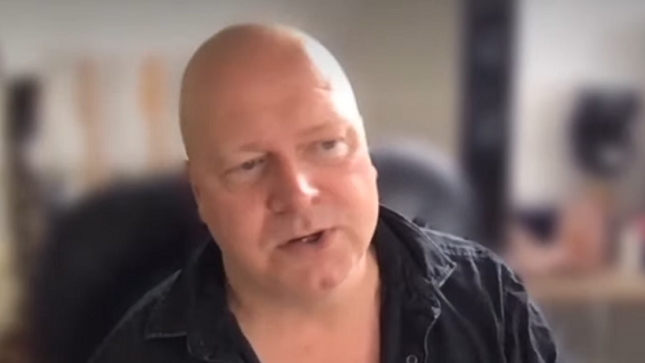 Jimmy Kay and Alan Dixon from Canada's The Metal Voice recently spoke to Helloween singer Michael Kiske. During the chat, which can be viewed below, Kiske spoke about the Helloween Pumpkins United reunion and the making of the new self-titled album. He also shared details about his upcoming acoustic solo album. An excerpt has been transcribed as follows.

What was the defining moment that made you say yes to reuniting with Helloween?

Kiske: "There wasn't one moment with everything but there was one moment that changed my mind, in general. In the '90s I would have rejected anything. It didn't matter how much money you offered me I would not want to do it. I was disappointed about the band, I was disappointed about the scene and pretty much on a crusade to be honest with you. And it was good for me, it was a good time, it was important, it shaped  my personality and I didn't want to miss it."

"My kind of opening up to this type of music started with Avantasia I think at the end of the '90s. He (Tobias Sammet) really talked me into it, I didn't want to do it at first but I liked him right away and he convinced me to do it and I enjoyed it. Then later on Serafino (label owner) showed up and offered me a deal for my solo stuff and then came Place Vendome which was great and I really enjoyed it and it was getting me into that direction a lot. Then though that (Place Vendome) I got in touch with Denis Ward and Kosta Zafiriou a few years later and was offered the idea of making a real band (Unisonic) cause they were both getting nowhere with Pink Cream 69. Then on the first tour I did with Avantasia, Kai Hansen was part of it, so I was on stage with Kai again and there was this old familiar way, this chemistry going on and we started talking we should do something together but I didn't want to join Gamma Ray it's not my cup of tea, so he joined Unisonic. So that was another step."

"Around the same time I  got pissed about a quote Andi Deris (Helloween singer) said  in an interview saying he is sure that in 2000 something that I would be part of the team again (Helloween) and we were going to make a big tour. I was like what is he talking about? But it shows you how long they (Helloween) planned that. Andi and Kai Hansen were like the driving force behind it. In 2013 I was on a tour with Avantasia in Europe and I ran into Michael Weikath (Helloween guitarist) backstage and he stood in front of me and said 'What have I done that you can't forgive me for?' You can't be more straightforward. I was holding my breath and I noticed there was no anger anymore. In my soul something had changed probably by getting older. That was the game changer when it comes to realizing that something had changed. Then like a year later we played three shows in Spain with Unisoic, great shows, the band was getting in shape and after one of those shows Kai Hansen looked at me and said, 'You know what Michael, we just got to do something with Helloween once more before it's too late.' And that is when I said, you know what I'm open."

Why didn't you contribute any songwriting to the new Helloween album?

Kiske: "I didn't want to. I'm making a solo album right now, an acoustic album that is my creative part and role. When it comes to the songs of Helloween, I have written a few songs that were successful. I know to me the rest of the band are the main songwriters that define the main sound of the band. And since we have six songwriters, I thought it was enough. Maybe I will do something for another record. I think it has something to do with the label boss from Nuclear Blast. He is really after my solo record. He is a big fan which is always great. I told him that I am doing something like that and he is like, 'I want to have it.'"

Is your solo album completed?

Kiske: "I have all the material, it's going to be 50-50 a few of my own songs all just acoustic; but I will also record my favorite songs (covers), non metal tunes, it's stuff from various bands that I do my own take on. Some from the '70s, songs that I love and I can sing them in an interesting way. It's going to be very simple,acoustic everything recorded here in my place. I want to take the time, but they want to release it when we start the tour (Helloween) next year which is planned March, April, May 2022. It's going to be released next year for sure."

Helloween released their new self-titled album on June 18th via Nuclear Blast. The band has checked in with the following message:

"Now it's time for happiness: Our new album, Helloween,  has entered the official German album charts at the top position - the first time EVER for a Helloween album! Our gratitude and appreciation for all our fans, not only in Germany, but worldwide is beyond words!" 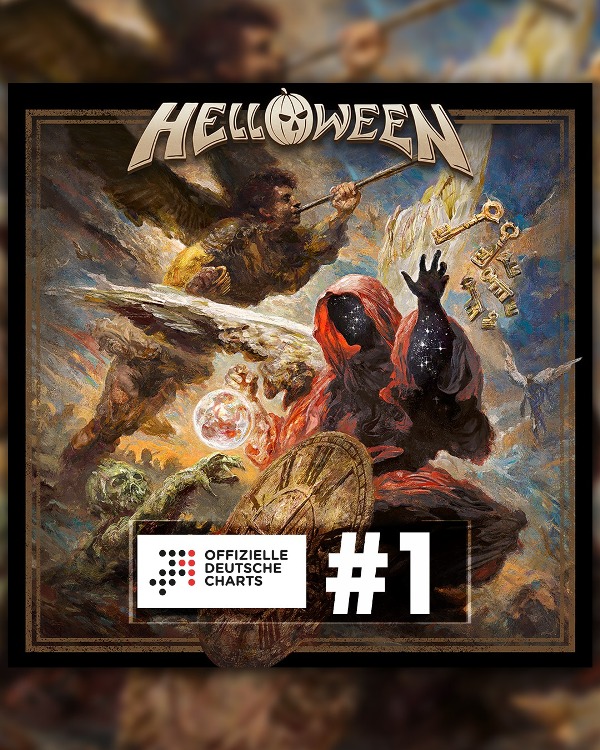 "This album is more than a masterpiece - this album is heavy metal history", says Markus Staiger, CEO of Nuclear Blast Tonträger Produktions- und Vertriebs GmbH. "It is my lifetime record, the most important one I have ever been involved in. We have fantastic physical products, we did everything we could - without thinking about budgets or limitations. Everyone involved gave 110% and I am so damn’ proud of this album! In my opinion, it is the best one Helloween ever did!"

Helloween recently released their third single, called "Best Time". Lyrically the song by Sascha Gerstner reminds you of the good old days, musically it's convincing with confident Helloween style guitar harmonies and a chorus that stays in your long-term memory after hearing it for the first time.

Watch the lyric video for the song:

But there is even more to come: Join Helloween on their lottery Crack The Riddle. Fans can win two tickets and a meet & greet for every country of the upcoming world tour. 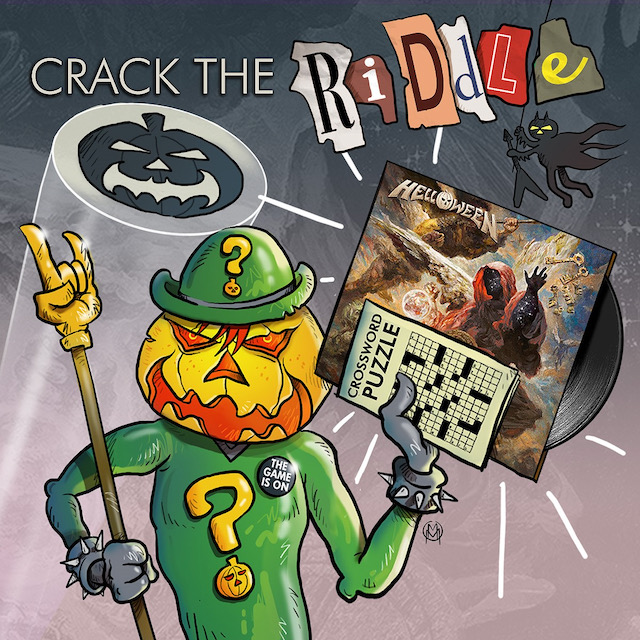 In the artwork of the mediabook, earbook & boxset edition of their self titled album, Helloween have included a game called Crack The Riddle. Fans have to find the solution code throughout the entire booklet to participate. Lottery win is two tickets for a concert of their choice* including a meet and greet with the band! The band will draw a lucky winner for every country of their upcoming world tour! All fans have to do is enter the solution code on helloween.org and keep the fingers crossed!

The lottery began with the release of the album and ends July 31st. The lucky winners will be notified via e-mail on Halloween (October 31st, 2021).

On top of that, every participant of the lottery will receive 10% off the next order in the official Helloween online store www.pumpkins-store.com by using the discount code displayed at the checkout.**

* Does not include any compensation for travel and accommodation
** Offer is valid until July 31st, 2021. Cannot be combined with other offers or previous orders