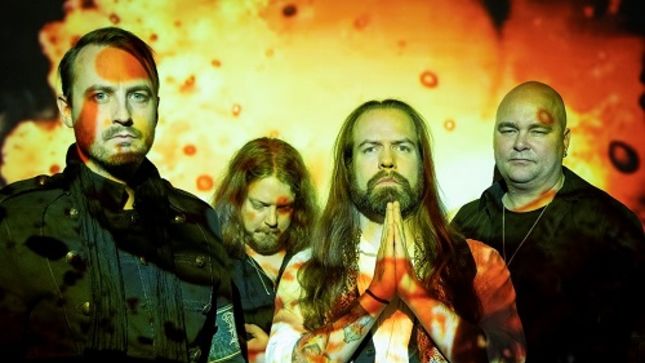 Hex A.D. has built a strong reputation as one of Norway’s finest ambassadors for the classic heavy rock we know and love from bands such as Uriah Heep and Rainbow. 2018’s Netherworld ­Triumphant saw the band dive deep into the golden darkness of the early 1980s.

On Astro Tongue In The Electric Garden, the band has let their different musical inspirations flow, and there is a stronger sense of melody on this record compared to the three previous ones. The over-all feel is slightly psychedelic and has a taste of the late 1960s scene in London where bands such as Pink Floyd, Cream and The Jimi Hendrix Experience changed the world of popular music for ever. The bluesy riffs in “Hawks & Doves”, the vintage guitar sounds and the epic organ and mellotron runs leave no doubt that Hex A.D. tips the hat off to the aforementioned greats on this album.

After the death of long-time producer Chris Tsangarides, ­production duties have been handled by Rick Hagan, who started Hex A.D. ­together with Chris back in 2011.

There are several guests appearing on “Astro Tongue in the Electric Garden”.

Former Dio guitarist, and close partner of the band, Rowan Robertson has contributed with all the guitar parts to the bonus track “Grace & Pain”, and delivers another one of his fantastic performances.

Lyrically, Astro Tongue In The Electric Garden deals with drug abuse, psychedelia, science fiction and the Vietnam War. All themes that hail back to the late 1960s.

Turn on, tune in, drop out!