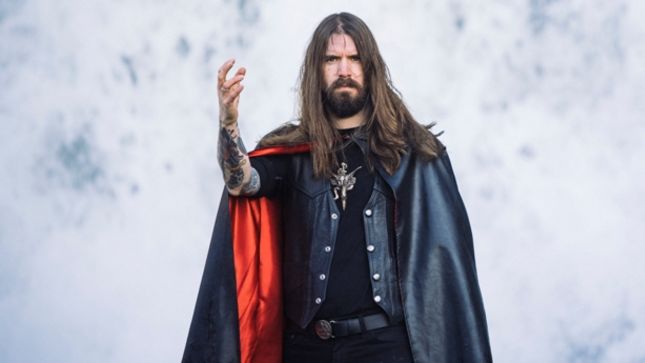 The Norwegian blackened Viking heavy metal band Hjelvik has released a lyric video for their new single "Helgrinda", taken from the upcoming album Welcome To Hel, which will be released on November 20th via Nuclear Blast. The video was created by the multi-talented artist Costin Chioreanu (At the Gates, Sigh, Napalm Death) and features Norwegian lyrics.

Frontman and songwriter Erlend Hjelvik comments: "'Helgrinda' is one of my personal favorites on the album and is sung entirely in Norwegian. It's one of the more black metal leaning songs on the album and so it felt appropriate to write the lyrics in my native tongue. The lyrics revolve around ancient Scandinavian burial rites and chronicles a fateful journey to the Norse underworld Hel."

Watch the lyric video for "Helgrinda" below.