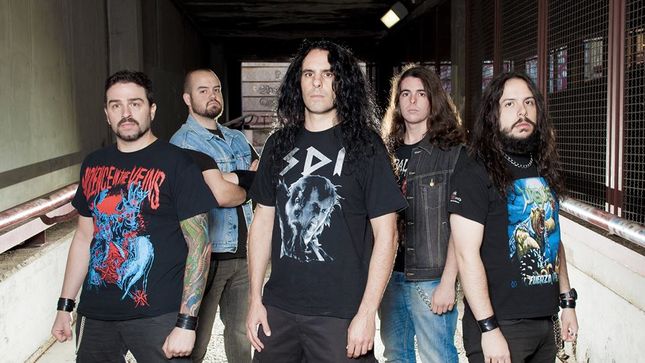 The debut EP from Spanish thrashers, Holycide, featuring Dave Rotten (Avulsed) on vocals, will be released on February 10th. The cover artwork for Toxic Mutation, created by US artist Mark Riddick as well as an advance track, can be found below.

The recording and mixing process for Toxic Mutation took around five months, being recorded in different studios and mixed and mastered by Raúl Fournier "Furni" at his own Overhead Studios. The EP contains five original songs plus a cover version of Dark Angel's "Merciless Death", showing such a fresh, aggressive, dynamic, intense and catchy thrash metal like you probably haven't heard for a long time.