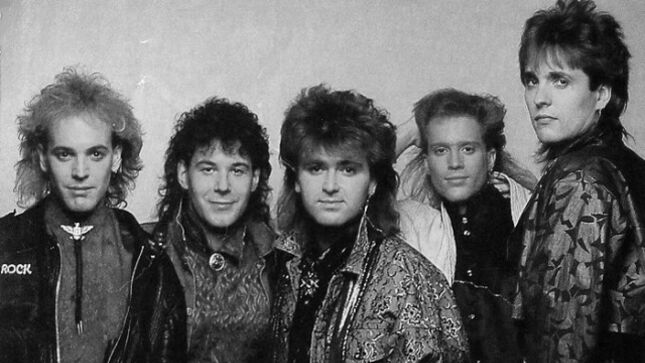 During an interview with Rock History Canada, Honeymoon Suite guitarist Derry Grehan looked back on the departure of original keyboardist Ray Coburn (second from the right), who left the band following their second album, The Big Prize, in 1986.

Derry: "Ray was really unhappy. He didn't like the management or the manager, and he thought he could do better on his own. He got to a point where he though 'I'm semi-famous now, I don't need this now, I'm sure I'll get into another band...' I think he nade a huge mistake but you can't stop somebody who is not happy. And I don't want them there if they're not happy."

Back in September 2020, Honeymoon Suite released a new single, "Find What You're Looking For". CHeck out the official video below.

Grehan recently posted a video on Facebook along with the following message:

"A little jam from our new album called 'Livin' Out Loud'..."