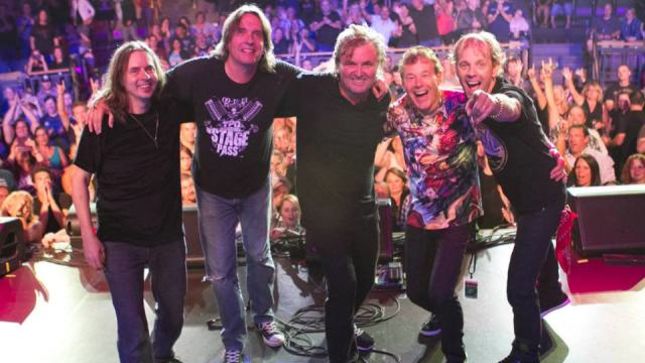 According to a Facebook update, platinum-selling Canadian rockers Honeymoon Suite are gearing up to release a new single entitled "Tell Me What You Want". Stay tuned for details over the coming weeks.

The band checked in back in May with the following update:

"A little snippet of Davey (Betts) in the studio banging out a track for the new album! Rock solid as always, but you’ll have to wait to hear the song! New HMS music later this year!"

Honeymoon Suite have released seven studio album since 1984, their last full length record in 2008 (Clifton Hill), but they have toured extensively since then.  In 2016 they released the seven song Hands Up EP, which included two live tracks.