How Music Affects The Student 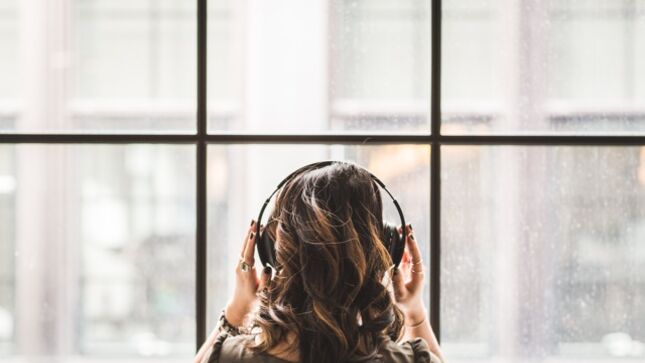 The positive effects of classical music were discovered long ago. Even plants begin to bloom more actively under the influence of classical music. Today let's talk about how music affects our brains and how it affects students' minds.

Opinion on heavy music among researchers is mixed. Belgian scientists have identified the risk of pneumothorax (accumulation of air in the pleural cavity) in listeners of rock songs. A large number of decibels affect concentration and consciousness. The release of stress hormones increases, which leads to the erasure of some information in the brain. American medical professionals have found a correlation between rhythms, low bass frequencies, and insulin levels in the blood. Loud rock music is not consonant with the rhythms of the human heart, which leads to disconnected work of endocrine glands and the nervous system. In adolescents, such tunes can cause unbalanced behavior.

Australian scientists during the experiments found that heavy music does not cause the accumulation of aggression, but only its surge. While listening to rock compositions, anger went to the musical perception, but not to the interlocutor. Melodic rock helps relieve muscle and nervous tension.

The choice of music is influenced by a person's personality. Fans of rock and heavy metal genres are characterized as independent personalities, prone to doubt and low self-esteem, but with great creative potential.

The rhythms of pop music are built on an uncomplicated motif and therefore do not cause active brain activity. Listening to popular tracks creates a relaxed atmosphere and can lift your spirits. When combined with different styles of pop music acquires positive traits.
Listeners of popular music keep their emotions under control, looking for the golden mean in dialogue with other people.

The essence of the influence of rap on the human brain lies in the rhythm. The percussion instruments cause a certain hypnotic effect. Such music calms and suppresses emotions. The sounds of the drums in the old days were used to tame the slaves, it was just necessary to choose the right rhythm.

The listeners of hip-hop and rap music are very sociable and a little selfish.

Folk music, according to scientists, forms the listener's behavioral, moral, and value orientations, and introduces the cultural heritage. Such tunes transmit social experience and contribute to the development of creative potential.

Blues, jazz, and reggae help to get rid of depressed moods. Blues fans are creative, polite, and communicative. Jazz listeners are creative individuals with inflated self-esteem. Reggae fans are sociable, and know their worth, but are a little lazy.

Electronic music consists of many different trends that can affect a person in different ways. Some compositions can put you in a trance state, while others can create a more aggressive atmosphere.

The electronic genre DnB increases the level of adrenaline and serotonin. Hillock genres have a hypnotic effect. In general, such music has a positive effect on the brain and the development of thinking. Fans of club music are mostly extroverted with the presence of certain creative abilities.

Music will make you smarter

It's no secret that music has a powerful effect on human thinking, which activates different parts of the brain, remembering motifs and lyrics. Different melodies and rhythms provoke different emotional reactions. It has even been proven that listening to medium-loud noises around us enhances creativity, and listening to music helps with brain injuries.

Things are even better for musicians, especially those who have played musical instruments since childhood. According to some studies, learning music promotes sustained development of performance techniques and non-verbal thinking. So, being fond of music reduce the chance of going to the write my paper online service, because most likely you can cope with your homework.

Have you ever noticed that exercising with music is much easier than exercising in silence? Scientists were interested in this question and conducted a series of experiments. They found that upbeat, fast-paced music motivates people to perform more efficiently.

In a special experiment, 12 healthy male students were given the task of riding an exercise bike at their usual speed. Participants exercised on the machines for 25 minutes at a time while listening to a playlist of six popular tracks at different tempos.

Researchers changed the speed of the music by 10% (increased, decreased, or left the same) without telling the participants. As a result, performance increased for those cyclists who listened to the faster music. The speed, power, and distance covered by the athletes increased. Conversely, lowering the tempo of the music worsened these performances.

Music can help you get to the end of your activity

Various studies have shown that music increases endurance and helps us expend energy more effectively when we exercise. A 2012 study, Let's Get Physical: The Psychology of Effective Workout Music, claims that cyclists who pedal to music consume 7 percent less oxygen than those who don't use music for rhythm alignment.

The paper, published in Scientific America, says the beats per minute (bpm) rate in a song has a motivational effect, but only up to a certain point.

"The most recent study states that the ceiling is 145 beats per minute; anything higher won't increase motivation much. In some cases, the speed and fluidity of the song lyrics begin to supplant the melody: many people work to rap, for example, characterized by intense and rhythmic lyrics placed on a relatively quiet melody."