HYDROGYN - "We're In Hurry Up And Wait Mode Now" 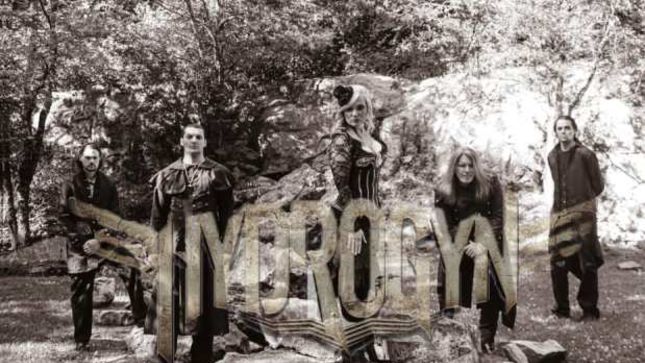 As work on The Boiling Point began in early 2020, Hydrogyn founder and guitarist Jeff Westlake found himself in need of another guitar player. So, longtime friend Ryan Stepp stepped up.

"Jeff and I always hang out,” Stepp said. "We’d always talk. We actually bowl together. I’ve known him all throughout the Hydrogyn days. We’ve always been supportive of each other and each other’s music. We’d try to come out and see each other perform as often as we could."

Earlier this year, the bass player in Stepp’s band Another Year Gone died. Stepp decided to drop out of the band. It wasn’t long before Westlake called him and ask him to join Hydrogyn. The new line-up rushed into the studio to begin work on the new album.

"I’ve never actually worked with someone like Jeff who has so much work ethic," Stepp says. "And everyone in the band wants to do this. The band is the priority. In the past, that wasn’t always the case for different reasons. Something else always seemed to come first, and the music just happened when it could. With this band now it’s the complete opposite. I’ve always wanted to do this. My drive has increased, too. And, it’s so great to work with so many talented musicians."

Westlake says he’s pleased to have Stepp in the band: "Ryan is a very sharp guy. And, he brings with him a wide array of skill sets that brings a lot to the band on many different avenues."

Stepp describes the new album as full of kick.

"This is probably the most energetic album ever for the band," he says. "So much more power. We have an adrenaline about us, and we have such a great stage presence. That was evident when we shot our first video. Plus, there’s a lot more urgency and anger in this stuff compared to what the band has done before. I’m really excited. I can’t wait for everyone to see and hear how great this album is."

The Coronavirus pandemic, however, has put some things on hold.

"We’re in hurry up and wait mode now," Stepp says. "But, we understand. We’re hopeful we can get out and take this music to the fans soon. All we can do is wait for now. Hopefully, this all clears up soon. We are looking forward to 2021. But, we still are going to be doing some writing … working on next one."

Stepp says he thinks fans are in for a treat.

"I can’t wait for this music to get out there and hit everyone in the face. I hope the fans are as excited as we are. I’m just really looking forward to everyone seeing and hearing it."

Hydrogyn recently released a new single / lyric video, "Hostage". Check it out below.