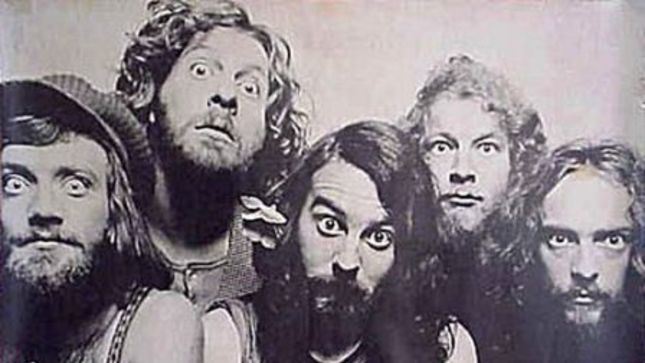 Definitely not your typical rock star, wild-eyed Englishman, Ian Anderson literally leaped onto the London music scene in 1968 at the front of Jethro Tull. His Elizabethan madman look, standing on one leg complete with striped tights and sashes, made him a standout, not to mention his musical weapon of choice being a flute instead of a guitar.

After three critically and moderately successful Jethro Tull albums, in 1971 Ian wrote the songs for Aqualung  which include timeless fan favorites “Cross-Eyed Mary”, “Locomotive Breath”, “Mother Goose”, “Hymn #43”, the title song “Aqualung” and “My God”. Pitting the familiar struggle of spiritual faith with sometimes hypocritical worldly religion (a topic popularized then in other mediums like the musicals Jesus Christ Superstar & Godspell), Aqualung may very well have been the headiest record of its day. Ian Anderson elaborates to InTheStudio host Redbeard.

Ian Anderson: “The crazy thing about writing an album like Aqualung is that a lot of these things I wrote about  were actually what I felt about when I was fifteen or sixteen. I don’t feel that different now. Not a lot has changed... It’s an important piece of music to me and once in a while there’s a kid in the audience, seventeen years old or whatever, for whom it becomes important.”

The interview with Anderson is available for streaming at this location.