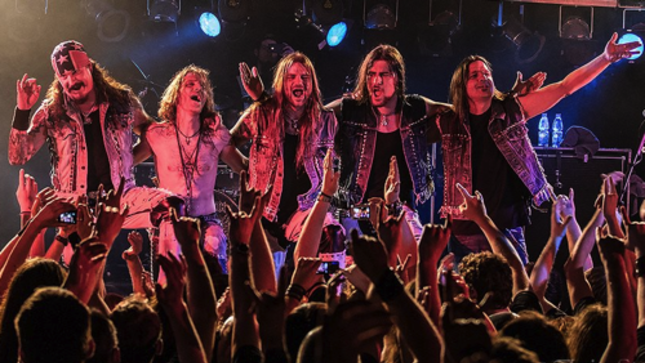 US-based bashers Iced Earth are set to begin the writing process of their 12th studio album in spring 2015. After a short hiatus - primarily due to founder, chief songwriter, and guitarist Jon Schaffer’s second cervical fusion surgery - the band is planning their schedule for the remainder of the year. Iced Earth fans can expect the next album, tentatively entitled The Judas Goat, and the subsequent touring cycle to begin in early 2016.

Schaffer comments on his recovery and the direction of the new album:

“The recovery after this surgery has been more difficult than the first time around in 2000. Although there have been a few setbacks, I am confident that I’m ready to resume my duties in Iced Earth, directing my full attention to the creative process, production, and touring future of the band.

We are looking forward to songwriting and getting back in the studio. The creative direction of the new album is rife with intense and heavy emotions, as one would expect from an Iced Earth record, as well as a wide variety of lyrical inspirations and themes.

I am 100% confident that the bond our band has forged in these last several years will shine through in the music. It’s a brotherhood in every way, and the fans will feel that. I couldn’t be more proud of these guys and everything we’ve achieved together.”

Long time drummer Brent Smedley will be returning to the band for the recording and touring of the next album cycle. Smedley had to step down due to personal family reasons in 2013 shortly before the recording of Plagues Of Babylon.

Schaffer: “We are very pleased to have Brent joining us once again; he’s always been a brother and an important part of the Iced Earth legacy.”

Stay tuned for more updates in the coming months.