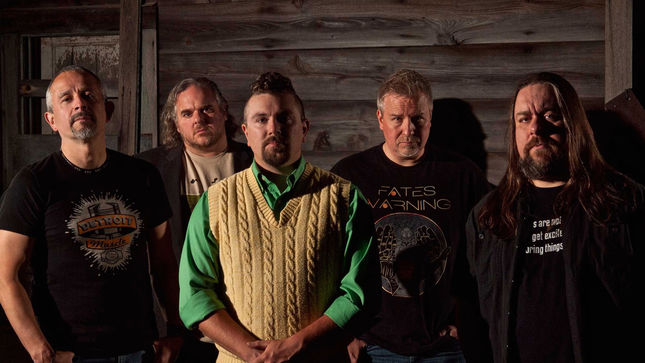 Imminent Sonic Destruction and Edensong have announced that they will be taking part in a co-headline tour in North America this spring.

Imminent Sonic Destruction, last seen on tour with Norwegian prog metal outfit Circus Maximus in 2016 have since released their sophomore album Triumphia on Luxor Records. Edensong's 2016 album Years In The Garden Of Years, their first for Laser's Edge, was the follow-up to their 2008 debut release The Fruit Fallen.

Imminent Sonic Destruction's Tony Piccoli is excited to tour with Edensong: "We first met the guys in Edensong as guests on Mike Portnoy's Progressive Nation at Sea, and it was clear then that we had do something together musically.  Edensong's music is filled with passion, and they represent a style of progressive rock that gets me truly excited about touring together. Two bands who've worked very hard on their craft, showcasing their art, it's going to be awesome."

Edensong's James Schoen is also excited about the tour, "I saw ISD on their last tour and it melted my face.  They promised it would grow back.  It has not.  In all seriousness, these guys have an incredible mix of energy, playing chops and taste.  They can really play but always keep an eye on what suits the song.  It's metal with a modern edge but it also satisfies my nostalgia for old school thrash and prog with blazing guitar harmonies and contrapuntal part writing.  We're all thrilled to be joining them for this tour in May as they're also some of the nicest guys in rock and roll.” 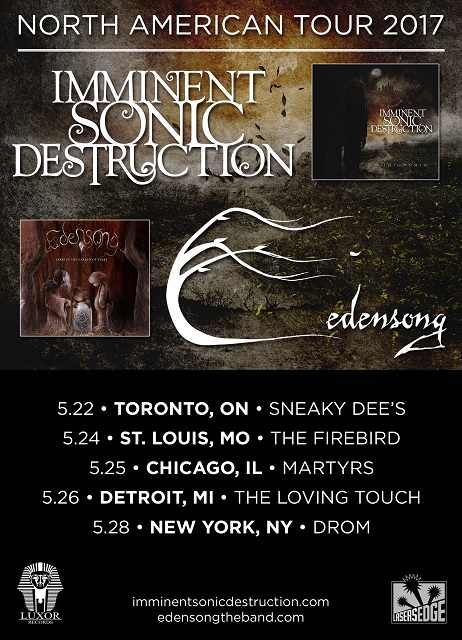 Additional dates to be announced soon.