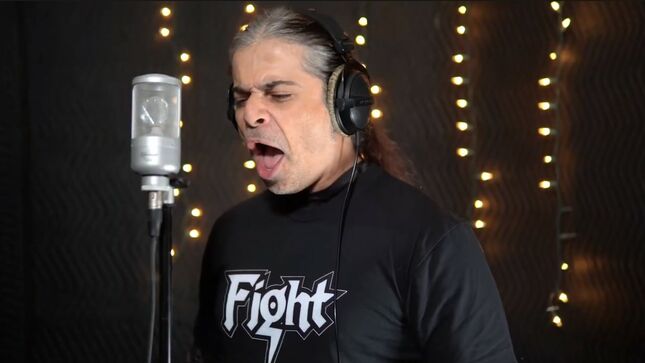 "This is the first of many covers, so let us know what you would like to hear next and who you would want us to collaborate next!"

The band urges fans to visit their online shop to pre-order their new album, Psychosomatic, which will be released on February 12 via M-Theory Audio.

Immortal Guardian previously unveiled a music video for “Lockdown”, the second single from their forthcoming concept album, Psychosomatic. The clip, which showcases the group cleverly adapting to the same stay-at-home conditions that are affecting millions of people around the world at this moment can be viewed below.

"Rich or poor, it doesn't matter, every human this year experienced some kind of lockdown/isolation during this insane year,” says guitarist / keyboardist Gabriel Guardian. “We couldn't even just meet up because our borders were on lockdown for international travel. Thank god for the internet, as we were able to still create music and keep each other company online even with thousands of miles between each member. 'Lockdown' talks about all of the same questions we all have been asking ourselves since the start of the pandemic. Where did this all come from? Who's to blame? Is the lockdown saving more lives than it's destroying? We can only keep making music through these crazy times and hope for a better tomorrow."

After winning over new audiences with their acclaimed 2018 debut full-length Age of Revolution and touring relentlessly alongside fellow shredders such as Marty Friedman, Powerglove, and Exmortus, Immortal Guardian gathered in Las Vegas earlier this year to begin recording their second album. As the spread of COVID-19 and the subsequent pandemic began to ensue, each member of the band retreated to their respective hometowns. With shutdowns around the world being enforced, the band completely scrapped the record that they had been working on and were heavily inspired to write and create a new thematic record about their emotions surrounding current events.

The video for “Read Between The Lines” - produced and directed by SBLGA - also saw the members of Immortal Guardian contributing remotely from their respective homes, and shows off the continued refinement of their full-frontal assault of anthemic melodies, technical rhythms, furious shred and high-flying vocals.

Psychosomatic is the next step in Immortal Guardian’s evolution while still capturing the band’s exhilarating trademark melding of melodic power metal with progressive / shred tendencies.