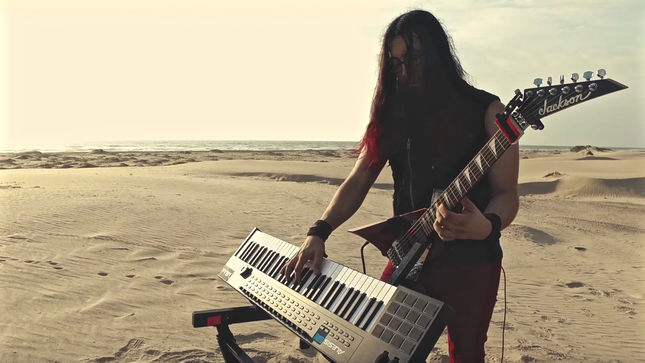 Gabriel Guardian, of the progressive metal band Immortal Guardian and the live electronic duo Fyer, has released a video that will make guitar players around the world hang up their axes and call it a day.

The virtuosic 24-year old who is already sponsored by Fender and Jackson Guitars as well as Alesis keyboards shows off his ambidextrous abilities in this video inspired by the recent reunion tour of Guns N’ Roses. Guardian can be seen harmonizing his own solos, bringing Axel’s vocals to life through his expressive guitar playing, and adding face-melting tasteful runs that would make Slash proud.

More videos of Guardian’s unique simultaneous shredding can be found at GarbielGuardian.com, ImmortalGuardian.net, and FYERofficial.com.

Gabriel is currently in the studio finishing up new records for both Immortal Guardian and Fyer with releases set for late 2016 and early 2017. Catch Guardian on the road this summer in Atlanta as Fyer plays the mainstage at Imagine Music Festival on August 26th - 28th.