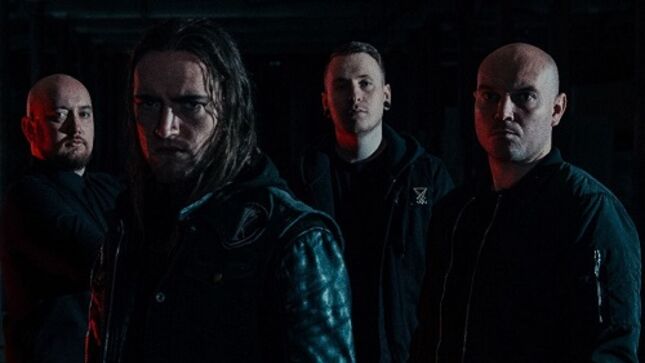 British death metal titans Ingested have announced the release of The Surreption II -  a reimagined recording of their vital second album, The Surreption, to celebrate its 10 year anniversary - out July 30th via Unique Leader.

Ingested have also unveiled a music video for "Manifesting Obscenity" from The Surreption II:

Quote from vocalist Jason Evans: "As some of you may know, the tenth anniversary of our second album The Surreption is fast approaching, and what better way to celebrate than to unleash this beast upon the world once more? That's right, we have been holed up in the Ingested lockdown bunker hard at work to bring to you our second album the way we always wanted it to be. This isn't a remix, or a remaster, this is a complete re-recording, a reimagining of an important, but often forgotten step in the path of Ingested. We never got to do a music video for the original release of The Surreption and we think that's a shame, so feast your eyes and ears on our video for 'Manifesting Obscenity', and fire up the pre-orders for The Surreption II, because this bad motherf**ker is available July 30th on Unique Leader Records."

The news follows Ingested being announced as support for Bleed From Within's 'The Fracture Tour', commencing November 2nd 2021 in Cologne, Germany. Kill The Lights have been announced as openers. Confirmed venues can be found in the official poster below.