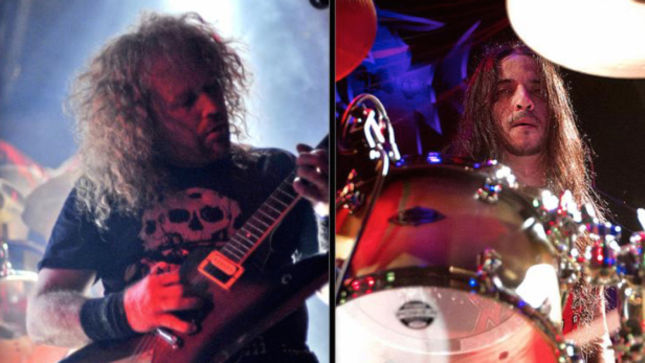 Bay Area tech death/thrash metallers, Insanity, are set to release their first full-length album since 1994. Visions Of Apocalypse will be released on CD on November 13th on Unspeakable Axe Records. A vinyl LP version on Dark Descent Records is also in the works, tentatively set for a late year release. The title track is streaming below.

Innovators of the blast beat and influencers of the likes of genre godfathers like Napalm Death, Insanity have survived repeated tragedies and setbacks since forming in the mid-80s. The Bay Area metal masters should need no introduction, but somehow after 30 years they are still one of the most unsung bands in the underground.

In 2015 they are finally returning to sand-blast the ears of loyalists and unbelievers alike. The long-in-the-works album Visions Of Apocalypse was begun years ago, with original drummer Bud Mills involved, until his untimely passing from cancer in 2007. Through this loss and subsequent lineup changes, the band persevered, led by original guitarist and longtime vocalist Dave Gorsuch, with Juan Casarez stepping behind the kit.

In mid-2015, the final tracks were laid down and at last the album was completed.