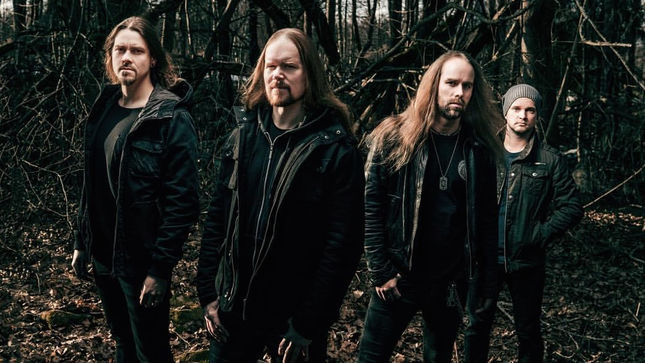 Finnish melodic deathsters, Insomnium, have released a second video trailer for their forthcoming new album, Winter’s Gate, which will be released on September 23rd via Century Media Records. See two trailers below.

The album is built around a short story, Winter’s Gate (Talven portti in Finnish) by vocalist and bassist Niilo Sevänen, which won awards and nominations in Finland back in 2007 and 2008. It’s a story about a group of Vikings who set out to find a fabled island west from Ireland, even though the winter is drawing near.

The full story is released together with the album as a book that has the tale in English, Finnish and German - illustrated by the artist Teemu Tähkänen.

Insomnium have announced a European tour for early 2017 to support their forthcoming release, Winter’s Gate, a concept album that is made of one epic 40-minute song, which they are going to play in its entirety on this tour.

Frontman Niilo Sevänen comments: ”We are very excited to get back on the road again! Last autumn a serious illness in my family forced us to make some drastic decisions and for example cancel one tour altogether. Since then things have progressed very well and steadily so everything looks a lot better at the moment. We’ve only made festivals and short trips this year but in 2017 we’ll be back on making longer tours all over the world.

“The forthcoming Winter’s Gate album has been mixed by Dan Swanö and it sounds amazing. Playing this 40-minute monster song will be an interesting challenge in a live situation but we can’t wait to do this! This European tour in January will be a rare opportunity for our fans to hear the whole epic song live, so it will be a very special show every night.”

Dates for the Winter’s Gate European Tour 2017 are listed below.